On November 13, Carlos M. Sada, consul general of Mexico in New York, spoke to Yeshiva University students on the Wilf Campus about the country’s growing economic opportunities, its struggle to defeat organized crime, and its relationships with the United States and Israel—in response to a Facebook invitation from the president of YU’s Latin American Business Club.

Daniel Simkin, a sophomore majoring in business and mathematics at YU’s Sy Syms School of Business, had initially posted the request on outgoing Mexican President Felipe Calderon’s Facebook wall. “I felt that Latin America has so many exciting things happening that people don’t know about and there are a lot of great opportunities there for my fellow students,” said Simkin, explaining why he and club founders Daniel Benchimol and Arieh Levi had reached out to many Latin American leaders.

“I also wanted students to be more aware of the relationship the United States has with Latin America that is mutually beneficial and how each country, from Mexico to Panama to Venezuela, has a distinct culture and connection to the United States.”

To Simkin’s surprise, Calderon personally returned his call. The president regretted that he would be unable to attend, but wanted to send Sada to speak in his place.

“We are neighbors with the United States and share a border of 2,000 miles, so it’s important for us to be good neighbors,” Sada told students, adding that the U.S. was second only to Mexico as home to the largest population of Spanish speakers. His presentation highlighted Mexico’s increasingly robust economy, with exports totaling more than $350 billion in 2012, large foreign investments from Sony, General Motors and Audi, and Goldman Sachs forecasting Mexico as the fifth largest economy in the world by 2050.

In addition, Sada touched on Mexico’s new negotiations with the U.S. and Canada via full membership in the Trans-Pacific Partnership and the possibility, raised by president-elect Enrique Peña Nieto, that Mexico would open the oil industry to the private sector. “If that happens, you will see the Mexican economy double its growth,” he said. 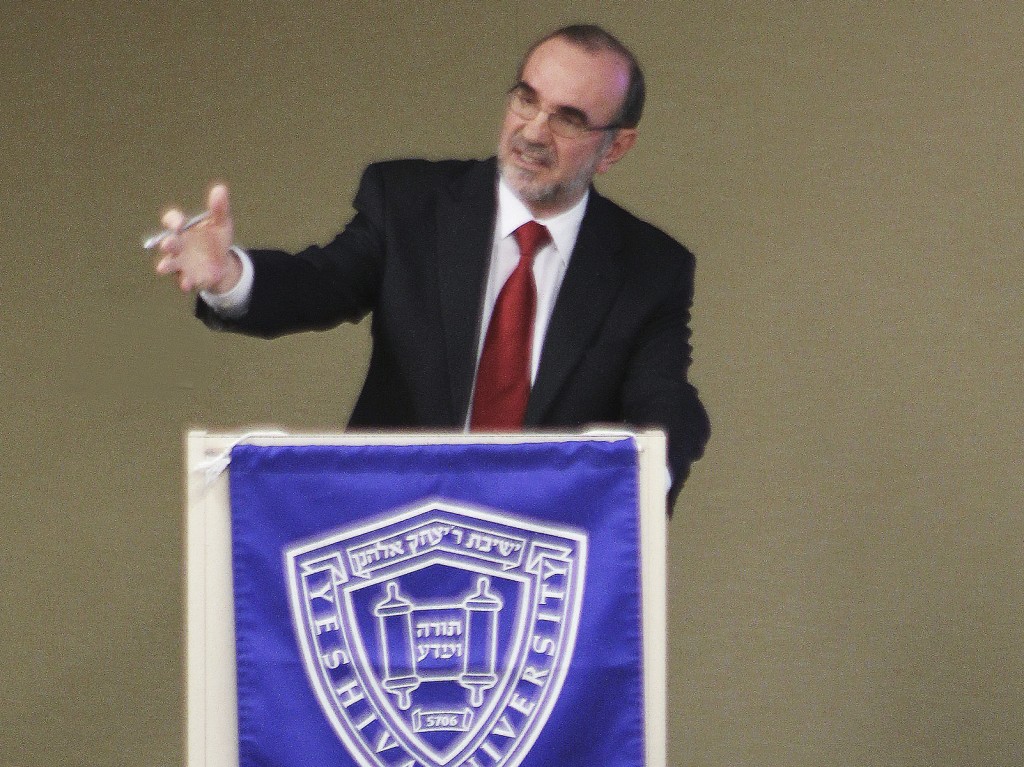 Sada also addressed Mexico’s reputation as a dangerous and violent country, acknowledging that ensuring public safety was “one of the most challenging issues Mexico faces today.” Tracing the formation and migration of drug cartels from 1970s Miami to Columbia, he detailed their expansion to Transnational Crime Organizations that eventually settled in Mexico, where they could exploit the country’s closeness to the U.S. border and, at the time, weaker civic institutions.

“A large portion of our funds, up to 5 billion dollars a year, goes to fighting organized crime,” Sada said. “These organizations are like hydras – you can take out one head, and more heads, even more violent, grow back. But it is sad to invest in fighting criminals over social infrastructure, like schools and hospitals.” He added that though their efforts have met with some success, the dilemma of how to best fight crime was something the new president of Mexico would be facing.

Sada’s presentation was eye-opening for Melanie Hes, a psychology major at Stern College for Women from Chile. “I’m familiar with the connections between different Latin American countries but I had no idea about their relationship to the United States,” she said. “It’s fascinating to see that language is not the barrier I thought it was and the way Latin businesses are spreading all over the world.”

For David Gedallovich, a junior majoring in marketing and finance at Syms, the opportunity to learn more about Mexico firsthand from its government was impossible to miss. “Mexico is one of the biggest importers and exporters to the U.S., so it’s really important to know and think of Mexico as a player in the world economy,” he said. “Whether you’re working in a company here or taking your business back to Mexico, an international outlook is key.”