Yeshiva University is saddened by the loss of Dr. Carmen Ortiz Hendricks, the Dorothy and David I. Schachne Dean of the Wurzweiler School of Social Work, who passed away on February 18. Hendricks came to Wurzweiler in 2005 as professor of social work and associate dean. She was appointed dean in 2012, becoming the first Latina dean of a social work school in New York City. 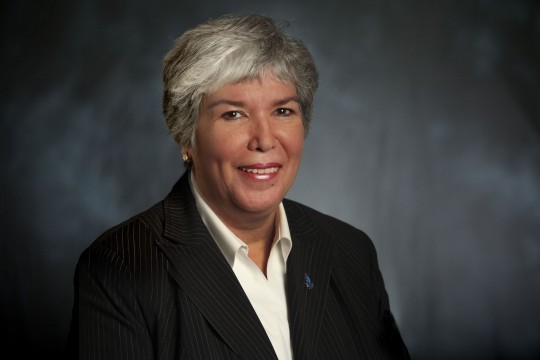 “The sun shone more brightly on Yeshiva University with Dean Hendricks’ presence,” said YU President Richard M. Joel. “She was that rare combination of warmth and rigor, caring and exacting, always till the very end knowing the cup was not half empty, but overflowing. She taught us all.”

She was a prolific community leader and scholar. Her roles and awards included chair of the Commission on Accreditation of the Council on Social Work Education, principal investigator at the Children’s Bureau Training Project, founding member of the Latino Social Work Task Force, NASW Social Work Pioneer, and fellow at the New York Academy of Medicine. As dean, she upheld the values of the profession both by example and in her depth of caring and commitment for students and the broader community.

Among her most celebrated published works are the two editions of Learning to Teach, Teaching to Learn: A Guide for Social Work Education, which she co-authored with Jeanne Bertrand Finch of Stony Brook University, State University of New York, and Cheryl L. Franks of Columbia University and John Jay College of Criminal Justice. The guides highlight the skills field instructors need to convey the art and science of professional social work practice in the context of competency-based education, preparing students to be advocates and organizers in addition to clinicians and managers of increasingly diverse client populations and communities.

There will be a wake this Wednesday, February 24, from 4 to 8 p.m. at the Peter Jarema Funeral Home, 129 East 7th Street, New York City. The University will also host a memorial service for Hendricks on Sunday, April 10, at 1:00 p.m. in Belfer Hall.

“Dean Hendricks will be deeply missed by the entire Wurzweiler family,” said Dr. Nancy Beckerman, interim dean and professor at Wurzweiler. “Knowing the Wurzweiler community as I do, I know that we will all be here for one another during this sad time.”

The Dean Hendricks Memorial Endowed Scholarship Fund has been established at Wurzweiler to honor Hendricks’ legacy. To make a contribution, please click here.