Former Yeshiva College Dean Was Beloved by Current and Past Students Alike, Supporter of Arts at YU

Yeshiva University is deeply saddened by the passing of Dr. Norman T. Adler z”l. Adler was dean of Yeshiva College from 1995 to 2004 and served most recently as special assistant on academic and research initiatives to the vice president for academic affairs and as University Professor of Psychology, a position he had held since 2004. 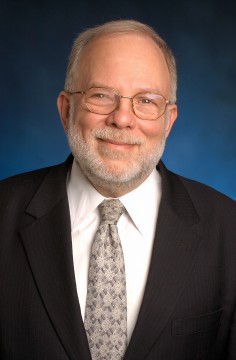 Dr. Karen Bacon, The Mordecai D. Katz and Dr. Monique C. Katz Dean of the Undergraduate Faculty of Arts and Sciences, also spoke eloquently about Adler’s sensitivity and depth of feeling. “He had a genuine interest in people and a far-reaching intellect that enabled him to engage in almost any subject. Creative ideas flowed from him without effort, and his enthusiasm for trying new academic ventures, even daring ones , was stunning. He did not forget those who should not be forgotten, and we will not forget him.”

As dean of Yeshiva College, Adler stated that “YU has always represented to me the very highest ideals of the Jewish people in education, research and service to our community. My mission is to help form the future of civilization.”

Under his guidance, Yeshiva College established many important initiatives, such as the Jay and Jeanie Schottenstein Honors Program. He also expanded opportunities for student and faculty research, leading to the University’s first Rhodes, Fulbright, and Goldwater fellowships.

Adler was renowned for his patronage of the arts at YU, deeply involved with student art festivals, music and literature on campus, and the dramatic society productions.

Heartfelt condolences are extended to his wife, Sheila Stein; his children, Shira, Tanya and David, Ari, Kiva, Tahg and Lital, Jay and Dena, Alex and Yael, Jonathan and Deborah; and his many, many grandchildren. May they be comforted among all who mourn for Zion and Jerusalem.

Friends, students and colleagues are asked to share their memories or condolences here: http://www.forevermissed.com/dr-norm-adler/

To learn Mishnayot in Adler’s memory, sign up here.  Contributions to the Dr. Norman Adler Memorial Fund will be used to support the Honors Program at Yeshiva College.