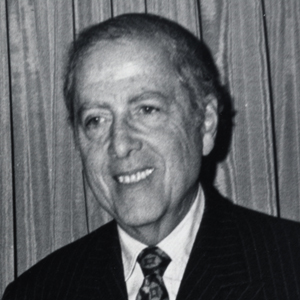 The Yeshiva University community mourns the loss of one of America’s greatest authors, Dr. Herman Wouk, who won a Pulitzer Prize in 1951 for The Caine Mutiny. Through many of his works, he articulated Orthodox values and culture to a wider American audience while also providing distinguished service to the American project and the freedoms it represents.

Dr. Wouk, a YU Guardian, served as a visiting professor who taught English Rhetoric at Yeshiva College from 1952 to 1957, and he received an honorary degree from Yeshiva University in 1954. His teaching, writing and storytelling continue to inspire generations of our students, faculty and alumni.

We extend our condolences to his children, Iolanthe Woulff and Joseph Wouk, three grandchildren and two great-grandchildren. May his family be comforted among the mourners of Zion.