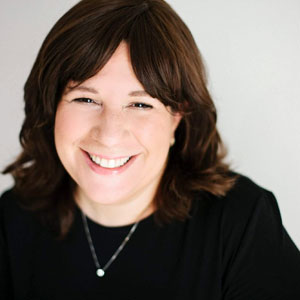 Educators today speak often about the need to have more women in STEM fields, and the career of Miriam Lottner ’02S provides a great case study of what can happen when women enter professions that have been historically dominated by males.

Miriam is currently a senior content developer at Microsoft Israel as well as a popular blogger, public speaker and mentor for women in industry and tech. Her résumé of both advocacy and performance is impressive.

She is one of the original members of ImaKadima, a non-profit organization that promotes a positive vision of career-minded parenthood, and a co-founder of the Israeli Women’s Entrepreneurs Network, which boasts of more than 1600 members across Israel.

This last July, she was one of three entrepreneurs featured in an inspirational BBC production called “Back from the Brink” broadcast to 70 million households around the world. She served as CEO of Tech-Tav, a global technical documentation company. While consulting and working full time over the past four years at various start-ups, Miriam simultaneously launched an internationally successful game company called Reveal Cards, which created best-selling game products including the Qurious STEM flashcard games (Qurious Space and Qurious MonsterX) and Qurious telescopes, all of which are sold on Amazon and at science museums in the United States. Her Reveal Israel Family Card Game is also sold on Amazon as well as at tourist and museum shops throughout Israel. Six more games will soon be launched.

This journey of success began in Massachusetts, where she was born. At the age of 10, her family moved to a small town in Orange County, California, where she lived until making aliyah [journey to Israel] a decade later.

“It was not an observant situation,” she explained. “There wasn’t even a Chabad within 30 minutes of where I lived. No kosher bread, cheese or meat available within an hour’s drive at the time, either. I went to afternoon Hebrew school twice a week until 7th grade at a conservative synagogue about 30 minutes away.”

What convinced her to come to Stern College for Women was a scholarship she won to go on the second year of The March of the Living.  “While on the trip, I was introduced to Orthodox Jews and Jewish life for the first time by none other than a group of boys from MTA [Marsha Stern Talmudical Academy/YU High School for Boys] I had been seated with on the plane ride over.”

When she got home from the program, she started learning about Judaism by taking books out of the local public library. (They had to be ordered in advance, and sometimes she would have to wait a few months for a single book to arrive.) By the time of her junior year in high school, “I was doing my best to live an observant lifestyle, with no parental support, on my own, while attending public high school. As you can imagine, it was challenging. At that point, it was clear to me I had to go to Stern College and see what it was really all about.”

“To go to Stern College,” however, turned into two journeys, not one, because of a clash between expectations and reality.  The first stint lasted a year. “When I arrived, I had ideas about religious Jews from books and 10 days on the March of the Living three years earlier. Reality did not match my expectations, and I quickly became disillusioned. I didn’t have the right clothes or the right yichus [background], and it was a really hard learning curve and transition. After a year, I left Stern and made aliyah on my own at the age of 19.”

She did come back after a few years to finish her degree. “Because I had the learning needed to be successful in and out of the classroom behind me, as well as the life experience of having already made aliyah on my own to help guide me, I entered my second Stern College experience with a new perspective and made lifelong friends.”

She distinctly remembers the support given to her by Ethel Orlian, now-associate dean, as Miriam attempted to work full time and attend school. “She was always available, her door was always open and her positive, encouraging attitude helped me achieve my goals. In addition, living in Schottenstein the very first year it was opened gave residents a strong sense of both community and responsibility. The lifelong friendships we formed there are simply irreplaceable.”

She has maintained an active association with the YU alumni network. “After making aliyah, I bought Tech-Tav, a technical writing company, with my father-in-law. In the 13 years I ran it, I did my best to employ YU grads whenever they applied (and at some point, our large staff was nearly 40 percent YU alumni). I have also volunteered time to help alumni in job searches.”

As she runs her various enterprises while balancing family life with Avi, her husband of 18 years, and their twin 11-year-old daughters, her focus remains on helping other olim [newcomers] in business and encouraging youth, especially young girls, towards STEM-related subjects. And when she has free time, she is an avid photographer and world traveler while also enjoying paddleboarding or kayaking in the waves around Tel Aviv.