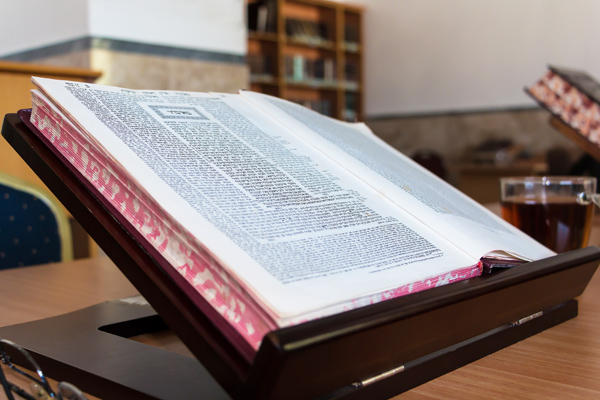 Values abound and intersect, combine and conflict, when considering the question of the protection of intellectual property in Jewish law. As is the case with the general legal and philosophical discussion of the topic, there is a fundamental tension at the core: on the one hand, the technical application of terms such as “ownership” and “theft” to that which is intangible is uncertain. On the other hand, the value placed upon intellectual creativity is so vast—all the more so, within the Beit HaMidrash [study hall]—that to leave the product of this creativity unprotected seems unthinkable.

When the content at stake is in a realm as precious as Torah innovation, another fundamental tension is amplified. The Torah is independently recognized as a gift, a transcendent intangible that is nonetheless perceived as a concrete acquisition of both the Jewish people as a whole and accomplished scholars as individuals, seemingly granting the words material status.[1]

At the same time, the crucial value this content holds for the progress of mandated Torah study tempts one to paraphrase the mantra of modern computer hackers, that knowledge vital to society “wants to be free.”[2]

Further, these opposing ideals clash in a battlefield largely ungoverned by explicit halakhic [Jewish law] sources, forcing a recourse to broader declarations of values. Indeed, this was the approach of at least one major decisor, who simply asserted that it was inconceivable that Jewish law would not agree to a protection indicated both by common sense and universal cultural agreement and that no further source was needed.[3]

Others utilized terms such as “theft” as a given,[4] perhaps understanding that the output of one’s intellect can be no less worthy than that of one’s hands, whether or not the details neatly fall into place. Perhaps, some considered, rabbinic law fostered a status of “theft” onto intellectual appropriation despite the technical mismatch as a corrective to the societal discord that could otherwise ensue.[5]

To other authorities, Jewish law governed but through other models. Some turned to the laws of tort liability, either by seeing appropriated texts as “damaged” through their reduced marketability,[6] or, more conceptually, observing that if one is liable for the harm inflicted by his creations (such as a public hazard), by logical extension he “owns” the benefits as well.[7] Others saw creative products as subject to conditions expressed by a creator, who sells copies but not duplication rights.[8] Others asserted the inverse of a cherished Jewish value: it is “Sodom-like” to withhold benefit to another that inflicts no loss of the owner[9]; the implication, by inference, is that if there is any kind of loss, potential or present, the owner is justified in dictating terms of use.[10]

In some of the literature, the only recourse is presented as an activist legal construct: rabbinic edicts and declarations, banning, for example, the republication of a work outside the aegis of the original author.[11] This may create the impression that without and until such legislation, Jewish law maintained no objection.[12] However, the opposite conclusion is also possible: despite the complexity of the issue, the value system of the Torah, through the totality of its message, must respect the rights of the intellectual creator. Accordingly, the rabbis legislate to demand adherence to that which is already proper.

Ultimately, one of the most essential of Jewish values may be the most relevant. The fundamental reciprocity of the golden rule, “Love your neighbor as yourself,” commands that we show appropriate deference, in credit and in compensation, to those who have toiled to enlighten our minds and souls. As Hillel put it[13] (to credit the source), the rest is commentary.

[2] According to Wikipedia, this quote is generally attributed to Stewart Brand, who originally articulated it in balance with the opposing consideration: “On the one hand information wants to be expensive, because it’s so valuable…on the other hand, information wants to be free…” In his original formulation, the push towards “free” is reflected in the reality of ever-increasing accessibility; in usage, it is often a reference to a societal right to advances in valuable knowledge and art. Similarly, in some of the halakhic [Jewish legal] literature, Torah content is paradoxically presented as less protected, as it considered a part of the legacy of the Jewish people.

[6] While this damage, both indirect and physically intangible, would not be recoverable in rabbinic court, it could nonetheless warrant an a priori prohibition.