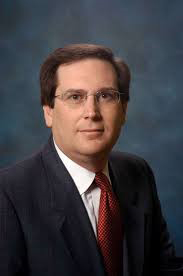 Dr. Ari Berman, president of Yeshiva University, has announced several changes to the University’s Board of Trustees. The changes come following four years of steady growth under Dr. Berman’s leadership and as the University positions itself for the next phase of expansion.

Ira Mitzner has been elected Chairman of the Board, while Moshael Straus – who completed his six-year term as Chairman – has become Chairman Emeritus.

Mitzner, who joined the Board in 2007 and became Vice Chairman in 2013, has over his tenure contributed extensively on multiple committees, including finance, real estate, development and the President Initiative Committee.

A longtime YU Benefactor who was awarded an honorary degree in 2011, Mitzner has supported many initiatives to forward the educational and outreach efforts of YU, several of them connected to his parents. As examples, he established the David Mitzner Dean of the Center for the Jewish Future and the David Mitzner Presidential Fellowship to honor his father, and the Ruth Buchbinder Mitzner Chair in Talmud and Jewish Law at YU’s Israel campus to advance the teaching of Jewish studies in honor of his mother. Most recently, he worked with the Sy Syms School of Business to create the Mitzner Master of Science in Real Estate and has also funded several scholarship programs as well as YU Today, a University publication that profiles the extraordinary talents of faculty, alumni and students in the YU community.

“I am both honored and humbled to be taking on this role because of the deep and abiding love I have for this treasured institution,” said Mitzner. “Yeshiva University continues to be at the cutting edge of higher education while instilling Jewish values that prepare graduates to make a positive difference in the world, and I can’t think of a more welcome privilege than continuing to move that sacred mission forward.”

Dr. Berman extended a warm congratulations to Mitzner on his new position, saying that “we are all confident in Ira’s upcoming success and look forward to working together as we build on our foundation for the next great era of Yeshiva University with a multiyear framework that prioritizes core values, academic excellence and financial stability, all while ensuring maximum personal and professional success for our graduates.”

Moshael Straus, an alumnus of both the high school and Yeshiva College, has had a long and illustrious career of service to the university. He was elected to the Board in 1998 and served as a Vice Chairman before becoming Chairman in 2015. He has also served as Chairman of The Board of Overseers of the Azrieli Graduate School of Jewish Education and Administration and on the Board of Trustees of the Rabbi Isaac Elchanan Theological Seminary. His wife, Zahava ’80C, is a member of the Board of Overseers at the Benjamin N. Cardozo School of Law.

“I want to sincerely thank Moshael for his invaluable leadership, friendship, wisdom and constant devotion to our beloved university,” said Dr. Berman. “He is a dear friend and an amazing partner, and I am proud of all that we have been able to accomplish together.”

In other Board developments, former U.S. Senator Joseph Lieberman and David Nagel will join as new Trustees.

Lieberman, who served as a member of the U.S. Senate from Connecticut from 1989 to 2013 and was the Democratic candidate for U.S. Vice President in 2000, is Senior Counsel at New York City-based law firm Kasowitz Benson Torres. In 2014, he was appointed the Joseph Lieberman Chair in Public Policy and Public Service through a gift from University Benefactors Ira and Ingeborg Rennert. Since that time, he has been highly involved in university life through teaching courses, giving lectures, and providing counsel and mentorship to YU students. His work with YU has added a crucial international perspective to the study of history, ethics and political science.

David Nagel follows the footsteps of his dear father Jack Nagel, who joined the YU Board of Trustees in 2007. Nagel is President and CEO of Decron Properties and serves as President and Chairman of the Board of Yeshiva University of Los Angeles Boys High School.

Additionally, Elliott Gibber was named Vice Chairman, joining Phil Friedman in that role. Ludwig Bravmann stepped down as Vice Chairman and was named to the honorary title of Vice Chairman Emeritus. Sender Cohen was named Trustee Emeritus in recognition of his many years of service on the board.

Board of Trustees, Ira Mitzner