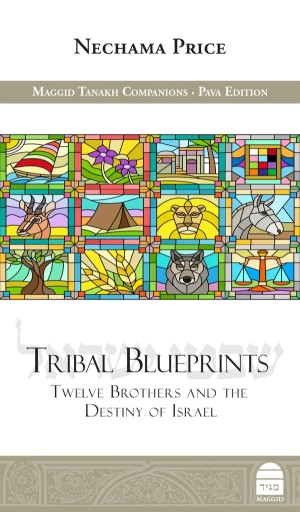 She is currently the director of the Graduate Program in Advanced Talmudic Studies for Women, from which she earned certification in 2003, and a senior lecturer of Bible and Judaic Studies at Stern College for Women, where she has taught since 2004. A graduate of Nishmat’s Yo’etzet Halachah, she serves as a yo’etzet [a resource on women’s health and Jewish law] in several New Jersey communities.

Price outlined several strategies leading to an understanding of Biblical narratives about the twelve tribes of Israel. To begin with, she argued that it is important to view Biblical personalities as people rather than as abstractions and learn from their stories lessons that can be applied to our lives.

Then, we should also analyze the stories from several perspectives and realize that there is not a single way to view any Biblical narrative. This is because they are full of ambiguities (likely by design) and are meant to impart moral lessons to us.

For example, the story of the Akedah [the binding of Isaac] ends on an ambiguous note: וילכו יחדו – we are not told who went together. Was it Abraham and Isaac or just Abraham and his servants? Furthermore, the Bible does not say whether Abraham ever saw his son, Isaac, again. Price urged her listeners to select an interpretation which personally excites them.

She related that the most significant goal of her book was to discover the personality traits of each of the twelve sons of Jacob, the eponymous tribes of Israel, and to understand how their descendants often expressed similar traits. She avowed that Chazal [Jewish sages] had already adumbrated this very same point in their Midrashic commentaries on the twelve tribes. We observe in the Biblical descriptions that the twelve were all different from each other and less than perfect. This is because G-d does not expect perfection from his chosen ones, which teaches us the importance of what it means to be human—to have emotions.

For example, Judah experiences several moral failures, from the sale of his brother Joseph to his consorting with Tamar, his daughter-in-law. However, he admits to his failure, repents and later rises to offer himself in servitude instead of Rachel’s son, Benjamin.

Interestingly, G-d seems to match each of the tribal forefather’s character traits with the roles played later on by their descendants. Judah exercised leadership and so historically did his descendants.