A range of emotions swept through the audience of more than 70 undergraduate students as they laughed, cried and thoroughly enjoyed a private screening of three short films from Jerusalem’s Ma’aleh School of Television, Film & the Arts. 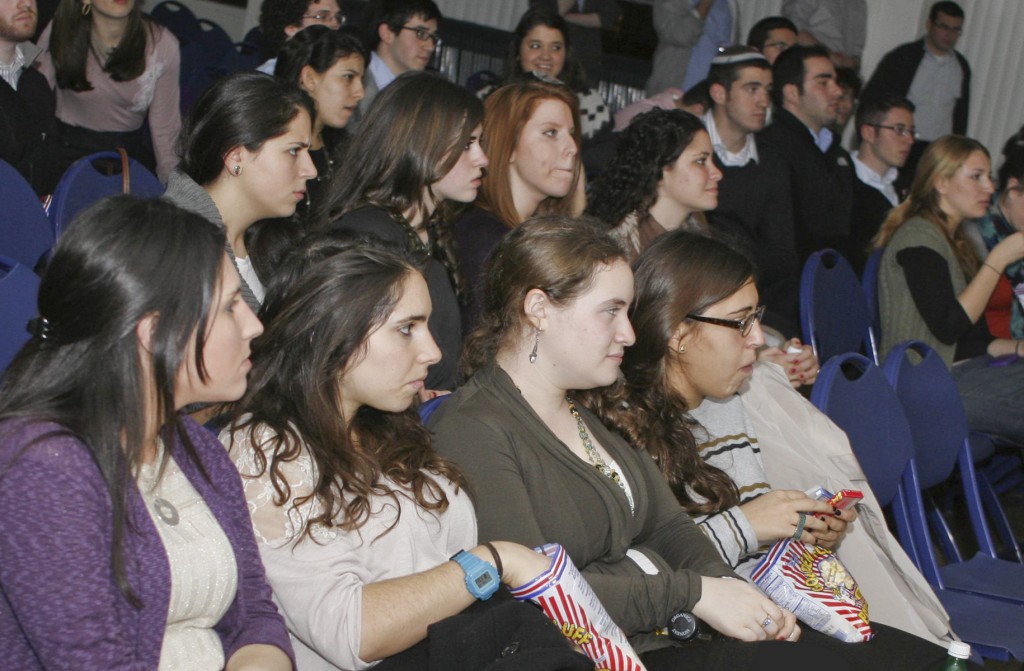 The November 15 event held in Furst Hall on Yeshiva University’s Wilf Campus was sponsored by student organizations YCSA, SOY, YSU, SYMS (Wilf), SCWSC and TAC, in conjunction with the MTV and Israel Clubs, and provided students with a much-needed break from their midterm studies.

Ma’aleh, the only film school in the world devoted to exploring the intersection of Judaism and modern life, has produced award-winning films and television programs, including the popular drama Srugim, a television series that deals with the lives of five Modern Orthodox Jewish single men and women in the Katamon neighborhood of Jerusalem.

“The school was started 20 years ago when Orthodox people felt that there needed to be a place where they could do film while still being able to maintain their religiosity,” said Neta Ariel, director of Ma’aleh, during a question and answer session after the screening. “There was also a desire to create films that would address religious issues.”

The three films screened covered multiple genres: A Shabbos Mother, a drama about three adult sisters who come home to visit their mother for Shabbat as they each deal with their personal struggles; House 103, a documentary that follows the evacuation of a particular family from Gush Katif during the summer of 2005; and Orthodox Way, a comedy that follows an Orthodox man who picks up the wrong woman on a date.

“Coming to this event made me realize that there is a place for religious people in the film industry and Israel is where it’s at,” said Tamar Schwarzbard, of Brooklyn, New York.