Students of all ages and backgrounds come to Yeshiva University to pursue a range of professional and personal dreams, from scientific research and medicine to law, Jewish education and the creative arts. Our students seek to harness their unique talents and  YU education to make a lasting impact on the world around them. This spring, when they graduate from YU, these new alumni will hit the ground running. 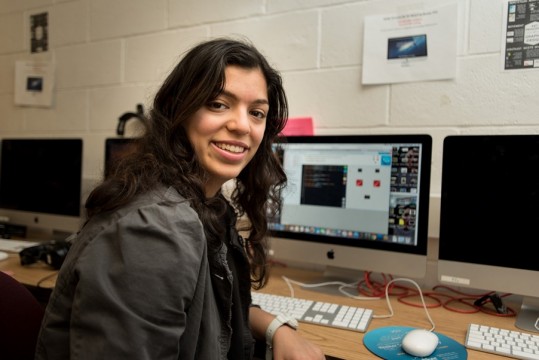 Before coming to the Samuel H. Wang Yeshiva University High School for Girls (Central), Lior Pirouzian attended her local public school in Great Neck, New York. She was happy, but it felt like something was missing. “At some point I realized that I wanted and needed more religion in my life, and that was really why I applied to Central,” recounted Pirouzian.

At Central, Pirouzian found an outlet for her passions (“science, Israel and my Judaism”) as well as a welcoming atmosphere. “The best thing about attending Central was the warm and kind environment that always made Central feel like home,” she said. “I’ve made amazing friends who will be by my side for a lifetime.”

While at Central, Pirouzian took advantage of the school’s high-level science offerings, achieving success at several city-wide events. This past year, she and three classmates created a research proposal that was accepted by the New York City Urban Barcode Project, a competition exploring DNA sequencing and its everyday applications in New York City. Pirouzian’s project, “The Yam Conundrum,” proposed to explore the genetic differences between yams and sweet potatoes, and whether the two different vegetables were being labeled correctly within the City. Additionally, at the most recent Agile Youth Challenge Hackathon in March, Pirouzian led a coding team, which won the award for Most Creative and Innovative Design.

Pirouzian noted her appreciation for her biology teacher, Ruth Fried, whose class she said was “very impactful” and whom she described as “an amazing person.”

During her time at Central, Pirouzian also served as the head of both the Book Club and Computer Club, competed on the school’s soccer team for two years and played violin for the school band.

Of all her academic and extracurricular feats, Pirouzian considers her success in Judaic studies as her most meaningful achievement. “I think that my greatest accomplishment during my time at Central was being able to settle into the Judaic studies classes, and learning how to learn,” she said. “This was something that was kind of scary to me, but I was able to overcome it and now it’s much easier for me to learn, and interpret what I’m learning.”

Pirouzian expressed particular appreciation for Rabbi Mordechai Shapiro’s Halacha [Jewish law] class. “He really instilled in me a love for halacha and gave me the skills to be able to look something up when I don’t understand why I’m doing a specific mitzvah or tradition.”

Her most memorable high school experience was the month and a half she spent on the 10th grade Ulpana Exchange Program in Israel. “I was able to experience and love Israel in a whole new way,” Pirouzian recalled. “I was also able to get to know the history of Israel better because of the trips they took us on.”

Pirouzian plans to spend a year in Israel before starting college and hopes to eventually become a pediatrician. “I love kids and I love science,” she said. “I am also the resident physician at home if my family has any questions,” she added with a smile.