Yeshiva University President Rabbi Dr. Ari Berman has announced the appointment of Alyssa Herman ’92S as vice president for institutional advancement. An alumna and accomplished chief development officer, Herman brings more than 25 years of leadership experience to the position, including a successful track record in raising major gifts, and building and maintaining relationships with donors. 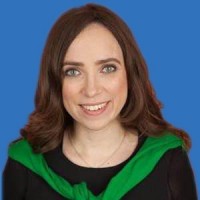 “Alyssa Herman is an exemplary product of our community,” said Rabbi Berman. “She grew up with and continues to live and breathe YU’s unique mission and vision. On top of that, she has achieved rare success in building and running development teams in major organizations. We are fortunate that Alyssa is bringing her prodigious talents back home.”

As director of development for Doctors Without Borders, Herman presided over an increase in private revenue from $17 million to over $150 million. She then achieved similar success as chief development officer at Food Bank for New York City, the nation’s largest food bank. Most recently, Herman served as chief relationship officer for Autism Speaks, where she led the organization in implementing best practices, enacted a robust donor cultivation plan for major donors, and worked with science, public health and family service leadership and staff to create support for a new strategic plan.

“I am excited to join Yeshiva University and lead Institutional Advancement at a pivotal time,” said Herman. “The education and values I learned at YU infused my career and success. As a mission driven fundraiser, third generation alumna, and future parent, I am thrilled to use my experience to serve our students, people and the greater society.”