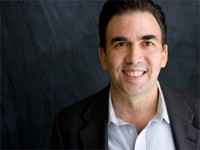 Dr. James A. Kahn (left), a foremost expert in economics, was appointed the Bertha and Henry Kressel Professor of Economics and chair of the combined economics departments of Yeshiva College and Stern. He comes to YU after a long tenure at the Federal Reserve Bank of New York, most recently as vice president since 2004. Last year, Kahn was a visiting professor at the University of Pennsylvania’s Wharton School of Business and New York University’s Stern School of Business. He is the author of more than two dozen articles and the recipient of many awards and grants. Kahn received his PhD from the Massachusetts Institute of Technology in 1986 after graduating summa cum laude from Harvard University with a BA in economics. Kahn will be teaching at both the men’s and women’s undergraduate programs.

Dr. Ronnie Perelis joins Bernard Revel Graduate School of Jewish Studies as the Chief Rabbi Dr. Isaac Abraham and Jelena (Rachel) Alcalay Professor of Sephardic Studies (Judeo-Spanish). His area of research is the history and literature of Marranos, Spanish Jews forced to convert to Christianity under threat of expulsion, the subject of his PhD research at NYU. He has taught at institutions including Brandeis University, University of Pennsylvania and NYU.

Dr. Moshe Krakowski has been appointed assistant professor at Azrieli Graduate School of Jewish Education and Administration. Krakowski received his PhD at Northwestern University in 2008 and conducted post-doctoral research at the University of Chicago. His research interests include conceptual change, spatial intelligence, ultra-Orthodox Jewish education, worldview, epistemology and non-dominant epistemologies. Krakowski has presented his work at numerous conferences and has taught and led workshops for elementary school teachers.

Other new faculty, listed by school, include: