When Yiddish-speaking Jewish immigrants flooded into America in the late 19th and early 20th centuries, they found numerous companies eagerly advertising for their business. “These ads were geared toward the American baleboste [housewife],” said Shulamith Berger, Yeshiva University’s Mendel Gottesman Library special collections curator, at a student Yiddish Club meeting on December 13. “The people who wrote the ads saw the woman as the one who was going to do most of the cooking and buying of products.” 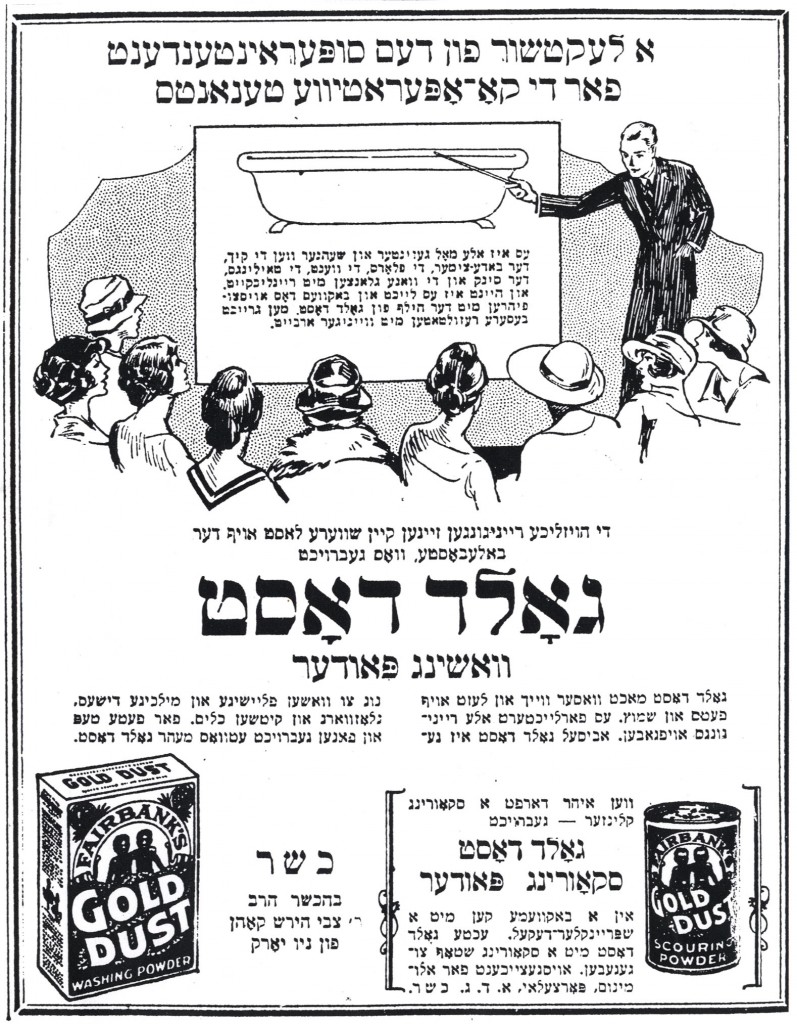 Berger presented a selection of images and articles from her collection of advertisements from the American Yiddish press in the 1920s and 1930s. From the ads, one gets a sense of the idealized baleboste image from this era. “The baleboste was a mother, wife, hostess, good friend, consummate housewife, good cook, housekeeper, economical and responsible for watching the health of her family,” explained Berger. “Companies tried to befriend the baleboste, get her business and help her adjust to America in the process.”

Some ads explicitly invoked the immigrant experience. One Gold Dust washing powder ad illustrated a scene in Europe of the mailman bringing a letter to the mother of a recent immigrant. “Dear Mother,” translated Berger, “there was no reason for you to worry that in America women work so hard they can’t keep kosher. Here you can clean everything easily with Gold Dust, which is absolutely kosher and parve.” 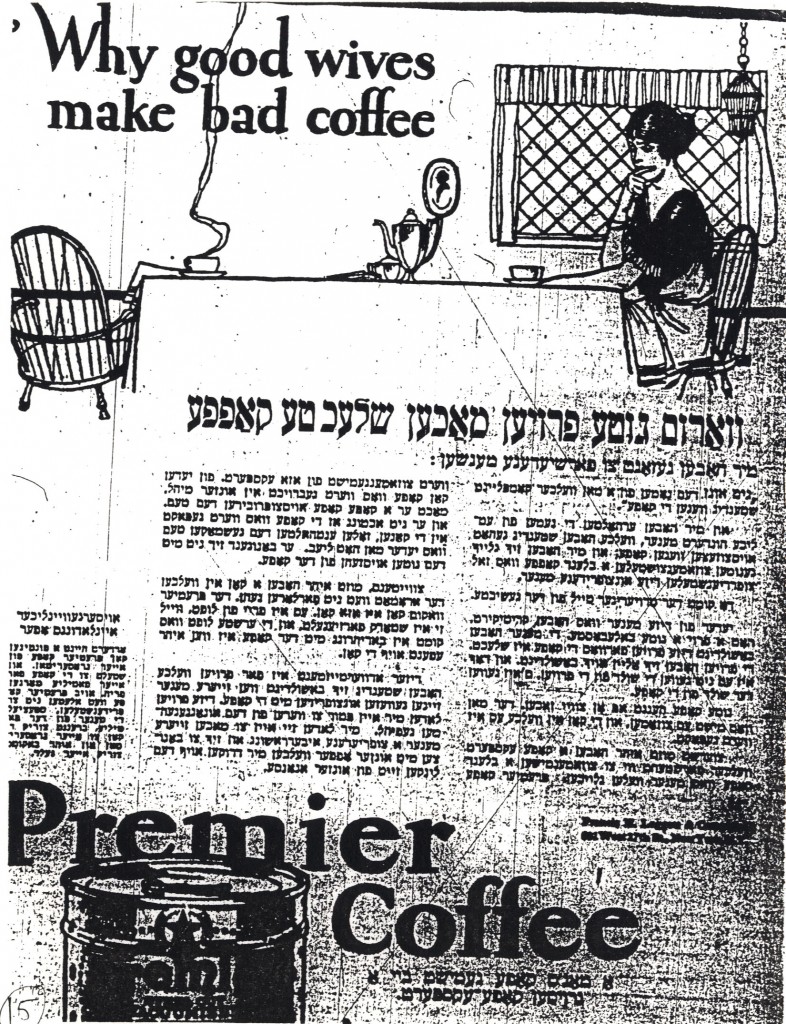 Ads often appealed to traditional sensibilities. For example, Sunshine cookies, the first product with an Orthodox Union hechsher, boasted about its kashrut certification around Rosh Hashanah. “If you want to ask for a good year, you must have a kosher mouth,” declared the ad. “You know it’ll be kosher if you eat Sunshine kosher cookies.”

But not all advertised foods were certified kosher. Ironically, a Forvertz Jello ad quoted the Talmud while claiming that Jello (a non-hechshered product) was healthy for school children. “You need extra energy to learn Torah, says the Gemara,” translated Berger, pointing out that Jewish children often had long days of public school followed by Hebrew school. “Jello makes you stronger; that’s what science says.”

Other ads implied that certain products could boost family relationships. A household cleaner ad shows a mother and daughter contentedly cleaning a bathtub. The Yiddish caption reads: “Even cleaning a bathtub can be a joy…A small [second-generation] edition of a true old-fashioned baleboste is Betty. She doesn’t do her cleaning work halfheartedly or with a sour face.” Berger noted that the image of the bathtub may have reflected the upward mobility of Jews in that era; many people may have been moving into buildings where they finally had bathtubs of their own.

Some companies offered special incentives to consumers. Maxwell House, a non-Jewish-company, started courting the Jewish market in the early 1920s, the same time its coffee received a Passover hechsher. In 1932, the company would begin offering complimentary Maxwell House Passover Haggadahs along with one’s preholiday coffee purchase.

Berger also found an ad for a Maxwell House-sponsored Yiddish radio ensemble. “You can see that [companies] are really trying to say to the Jewish consumer, “We’re into this, we like you guys,” said Berger.