By Andrew Boyarsky and Prakash Vanguri, the Katz School

As the world’s eyes turn to Pyeongchang, Korea for the Winter Olympics, enterprise risk managers will look for more than feats of athleticism. They have been tasked with ensuring that the games go as smoothly as possible and that planning is a herculean effort. 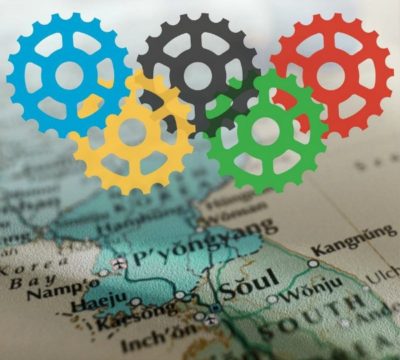 Olympics risk management requires coordination between governments and departments within those governments, local businesses, international businesses, the Olympic organizing committee and other organizations, and this extensive collaboration begins as soon as the host city is announced.

This planning between nations and agencies covers incidents large and small, seen and unforeseen. Following the 2010 Vancouver Games, Risk Management magazine reported there were “more than 300 risks and 400 mitigation activities.”

While each Olympic Games share risks affiliated with large crowds, infrastructure and public health, each Olympic host site faces its own unique risks due to the games’ place geographically and in history. The Pyeongchang Games are no exception.

The proximity to hostile, nuclear-armed North Korea is a unique risk for the Pyeongchang Games and must be weighing heavily on the minds of enterprise risk management (ERM) professionals. The crisis preparedness could range anywhere from a country evacuation/movement plan for a slowly deteriorating political situation to engaging anti-ballistic missile systems (like THAAD) and the arrangement for shelters in a sudden conflict scenario.

Asylum seekers are a part of every Olympic ERM plan. South Korean officials also have to account for possible North Korean spies. According to the Association of North Korean defectors, the North’s sports spies are likely to pose as reporters, medics, musicians, and even cheer squad members.

Cyberattacks surged in 2017 across the globe and all indicators suggest an upward trend in 2018. Enterprise risk professionals are likely heeding the UC Berkeley Center for Long-Term Cybersecurity report on risks specific to the Olympics, which listed the myriad ways hackers could try to undermine the games, including disrupting automatic scoring, video replays, and digital training or self-care systems. All smart technology is vulnerable.

Russia, in particular, poses a cyberthreat due to its penchant for digital disruption and any possible grudge it may be holding for being banned from participating in the games.

According to the Financial Times, cybersecurity firm McAfee discovered a hacking campaign in late 2017 in which perpetrators pretending to be South Korea’s national counterterrorism council sent emails to hockey team personnel and ski suppliers which contained malware that would create a hidden digital back channel for hackers to exploit.

AccuWeather meteorologist SungHyun Do says that Pyeongchang is the Earth’s coldest location on its latitude due to its high altitude, so ERM professionals must account for unseasonable weather, especially for the opening and closing ceremonies in the newly-constructed open-air Olympic Stadium. In December, Business Insider reported that six people were treated for hypothermia during a concert held at the stadium.

Ensuring readiness for the Games involves a holistic, proactive approach that involves years of stress testing and scenario planning and coordination between hundreds, if not thousands, of people and organizations.

The International Olympics Committee employs an Olympic Games Knowledge program that allows future hosts to learn from past and current organizing committees. The IOC Coordination Commission acts as an auditor to inspect for potential risks in project and operational risks. In addition, personnel engage in simulations and practical training in order to ensure the games finish safely, on time and within budget.

Like all the best behind-the-scenes efforts, the best risk management unfolds silently and without notice. While the world enjoys the global sense of community and the thrill of sport this month, ERM professionals will appreciate the beauty of seamless international coordination.

Andrew Boyarsky is clinical assistant professor and academic director for risk, operations, and emergency management the Katz School at Yeshiva University. Prakash Vanguri is adjunct faculty in the MS in Enterprise Risk Management program at the Katz School.