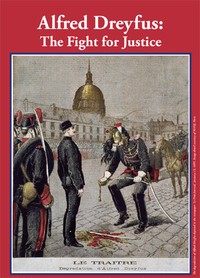 Oct 17, 2007 — More than 300 people gathered at the Yeshiva University Museum on October 16 for the opening of “Alfred Dreyfus: The Fight for Justice,” the first major exhibition in the United States to address the history and consequences of the Dreyfus Affair through the personal effects of Alfred Dreyfus himself. Pierre Birnbaum, one of France’s most eminent political sociologists and an associate professor at Columbia University, gave the keynote address in which he discussed the contemporary lessons of the Dreyfus Affair.

“How should we look at the affair today?” Birnbaum began, before he challenged the traditional interpretation of the event. “The famous lachrymose version of history is both true and false.” Birnbaum urged the audience to think of the principal players in the Dreyfus Affair not as one-sided “mechanical puppets,” but rather as people with contradictory values.

François Delattre, consul general of France, followed Birnbaum and spoke of his country’s support of the exhibit, which closes February 17, 2008.

The exhibit comprises some 200 objects from the Dreyfus family archive, including photographs, posters, letters, and the original military braid ripped from Dreyfus on the day of his demotion. The majority of the objects are on public view in the United States for the first time.

The exhibit was first on view last fall at the Musée d’art et d’histoire du Judaïsme in Paris, which organized the show, before travelling to the Jewish Museum in Frankfurt in early 2007.

The exhibition retells the story of how Dreyfus’ false conviction fueled political and humanitarian activism as well as anti-Semitism in France and around the world, taking as its starting point the defeat of France by Germany in the Franco-Prussian war in 1870.

Captain Alfred Dreyfus, a Jewish French army officer, was accused of giving French military secrets to Germany, and was wrongfully arrested and jailed for treason in 1894. His trial and the political scandal that ensued left France bitterly divided for decades, with liberal intellectuals on one side, and the clergy and military on the other.

The Dreyfus Affair contributed to many important 20th-century world developments and had a significant effect on an assimilated Jewish journalist covering the trial in Paris for an Austrian newspaper, who would change the face of Jewish history. Viennese journalist Theodor Herzl was so shaken by the mobs of people shouting “Death to the Jews” at the time of the trial that he decided that the only solution to anti-Semitism was for Jews to have their own national homeland. He immediately plunged into organizing and amassing support for the founding of a Jewish state and, in 1897, convened the first Zionist congress in Basel, Switzerland.

In 1895, Dreyfus narrowly escaped a lynching before being committed to solitary confinement on Devil’s Island in French Guyana for 10 years. During that time, he wrote hundreds of letters to his wife, Lucie; his brother, Mathieu; French government officials; and various supporters to pursue both his own fight for honor and human rights in a democratic society. The exhibition includes a sampling of these original letters and an evening of drama and discussion, “From the Depths of My Heart: The Letters of Alfred and Lucie Dreyfus,” will take place at the museum on November 29.

The exhibition’s original objects and documentary materials reveal how the Dreyfus Affair impacted history, culture, and legislation in France, and affected the intermittent waves of anti-Semitism in fin-de-siècle Europe. A two-part international symposium dedicated to these issues, organized by the museum and Benjamin N. Cardozo School of Law, is scheduled for early 2008.

The exhibition is sponsored by the Leon Levy Foundation, with additional support from the David Berg Foundation, the Brenner Family Foundation, and the Liman Foundation.