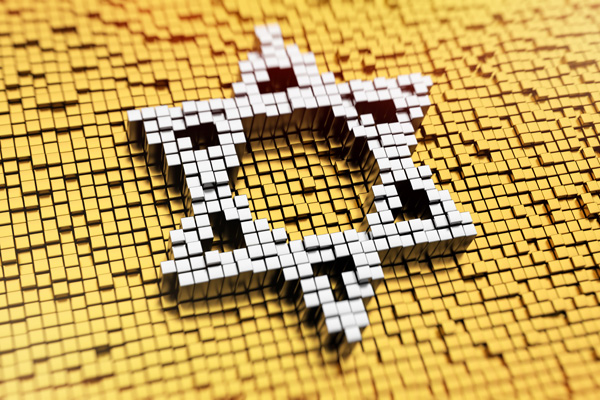 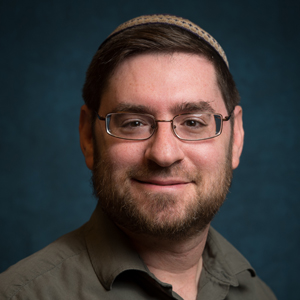 In my scholarly work in developing and applying algorithms to Jewish texts, I sometimes come across issues of copyright. In one recent example, my research group was trying[1] to train a machine learning model to recognize instances of citations (e.g., “and the Sages expounded in chapter Lulav Hagazul”) in rabbinic responsa (that is, collections of questions posed to a rabbi on matters of rabbinic law, coupled with the rabbi’s response) and use those citations to predict the topic of that responsum (e.g., blemishes on an etrog).

Our initial plan was to utilize Rav Moshe Feinstein’s Igerot Moshe [Letters of Moshe] because that would best align with work by other researchers.[2] Due to copyright issues, we were unable to acquire this resource and instead trained on Rav Yosef Karo’s commentary Bet Yosef [House of Yosef] and tested on the Responsa of Rabbi Solomon Luria,  all taken from Sefaria.[3]

Sefaria’s goal is to open-source a Jewish library. They have made, freely accessible, a large number of Jewish texts. In the Mi VaMi project,[4] which highlights the social scholastic network of the Talmud, we build upon Sefaria’s Hebrew, Aramaic and Hebrew Talmud text, which is the William Davidson digital edition of the Talmud, available at no charge under a Creative Commons non-commercial license. This digital edition was, in turn, acquired from the Koren Noé Talmud. Yet, one thing that the digital version lacks that the printed version has is vowel points and punctuation, which were painstakingly put into the text by Rav Adin Steinzaltz.

Outside of Sefaria, there are also many texts which are not accessible to the world at large. For example, the Talmud text on Sefaria is essentially that of the printed Vilna edition. Hachi Garsinan, a website from the Friedberg Jewish Manuscript Society with free registration, compares the versions from various manuscripts side-by-side. These variants are quite important for my work on the Talmudic scholastic graph, as more than half of occurrences of the names of Amoraim have variants in one of their manuscripts, and we don’t want to work with erroneous data. Luckily, these variant texts are accessible at this excellent site, though it is in a “walled garden.”[6]

Another example of locked-up texts are the critical editions of Onkelos’ Targum (an Aramaic translation of the Pentateuch). In the Ktav edition of Targum Onkelos, Rabbi Dr. Israel Drazin bases his commentary on the critical edition of the Targum text created by Dr. Alexander Sperber, but because of the Sperber copyright, prints the actual text of Onkelos taken from the earlier work of Rabbi Dr. Avraham Berliner. In the later Gefen edition by Rabbi Drs. Israel Drazin and Stanley Wagner, they provide a nice text with vowel points but for “technical reasons” use neither the Berliner nor the Sperber text. This is thus another example of an important text being locked away.

Having to contend with this issue of locked texts led me to think about the nature of Jewish texts, which belong to the author who put in years of work and, at the same time, to the Jewish people at large. Please note that these are just musings rather than a deep scholarly analysis of the topic of intellectual property and hasagat gevul[7] [moving of the boundary marker]. I clearly speak here not as an expert in either Jewish law or in American law.

One place to begin is Yerushalmi Peah 2:4:

Rabbi Yehoshua ben Levi said (interpreting Devarim 9:10, regarding the two tablets with the Ten Commandments): Upon them – “And upon them” – were all – “like all” – matters – “the matters/commandments.” That is, (upon the narrow tablets were) Scripture, Mishna, Talmud and hermeneutic interpretations. Even that which a dedicated disciple will, in the future, innovate before his teacher was already said to Moses on Sinai. What is the source? (Kohelet 1:10) “There is a thing of which [someone] will say, ‘See this, it is new.’” His fellow will respond and say to him, “It has already been for ages which were before us.”

That is, based on a verse in Kohelet, even that which a student states before his teacher was already stated to Moshe on Har Sinai. One might say that the whole realm of Torah discussion is part of the inheritance of the Jewish people, or perhaps that if an innovation is indeed true, then it is, in some sense, not novel but part of the very Torah which existed “from time immemorial.”

Yet, there is another thread, non-contradictory, that stresses the importance of attribution, which suggests an ownership of novel thoughts. In a source which, funnily enough, is most often quoted without attribution (Megillah 16a), Rabbi Eleazar (ben Pedat) citing Rabbi Chanina says, “Whoever says a matter in the name of the person who said it brings redemption to the world.”

Rav Moshe Feinstein put an exceptional level of effort and expertise into his responsa, and attribution and compensation are certainly deserved. On the other hand, this is Torah and belongs to the Jewish people. Hillel HaZaken, who was poor, famously (Yoma 35b) avoided paying the entrance fee to the Bet Midrash by perching on the skylight and listening in.[8]

There is a position within the thought of the Sages that maintains that “information deserves to be free.” For example, there are the competing approaches of Rabban Gamliel II and Rabbi Eleazar ben Azaria (Berachot 28a) about having or removing the guard at the entrance to the study hall, allowing greater accessibility with the possible drawback of allowing in inappropriate students, with the Talmud’s conclusion endorsing the open-access approach as the correct one.

The Mishna and various related teachings (Yoma 38a) level criticism at certain families and individuals, who performed holy work for the Bet HaMikdash, for keeping trade secrets such as how to make the incense rise, prepare the shewbread so that it will not mold  or use a particular musical and scribal technique. The ideas behind the criticism is that this knowledge shouldn’t be kept completely to themselves. Each, save the last, offered a defense that they wanted to prevent misuse.

Before Berliner and Sperber spent years and applied their expertise to write their own precise versions of Targum Onkelos, Onkelos himself wrote it and established the ground truth. These scholars own their work and deserved credit and compensation, but I just (jealously, perhaps ridiculously) wonder that, since they worked to reconstruct the original text and that is its essential value, how could the reconstructed yet original true text of Onkelos not be in the public domain of the Jewish people?

This ownership argument can indeed be applied to Onkelos himself, for he might have reconstructed an earlier Targumic text. In Megillah 3a, we hear of various innovations, which are nevertheless authentic because, in some real or theoretic sense, they already existed. For example, they state that Onkelos composed the Targum based on the ideas and positions of his teachers Rabbi Eliezer ben Hyrcanus and Rabbi Yehoshua ben Chanania. Thus, he deserves credit, though the Targum gains much of its authoritativeness and canonical status because it is based on existing tradition. The stam [anonymous stratum] of the gemara questions even this much ownership of the Targum. After all, a verse in Nehemiah (8:8) is interpreted to mean that a public reading included Targum, so the Targum must have predated Onkelos. The proffered answer is שכחום וחזרו ויסדום, “they forgot it, and then returned and reestablished it.” In other words, the very same Targum was forgotten and then reestablished.

I’ll close with a nice idea from Rabbi Nechemia Ruzinsky, in his beautiful sefer Mishnat Nechemia [The Teachings of Nechemia],[9] which surveys the consistent positions of many rabbis whose views are recorded in the Talmudic literature. He notes multiple instances where Rabbi Eleazar ben Pedat angered Rabbi Yochanan and Resh Lakish for presenting halachic decisions that they believed to be their own without proper attribution.[10] How could Rabbi Eleazar ben Pedat not offer proper attribution? After all, he was the one famous for stressing the importance of attribution to bring redemption to the world!

Rabbi Razinsky answers, based on Bava Metzia chapter 4, that Rabbi Eleazar ben Pedat was the master of braytot (literally “outside teachings”, that is, teachings of the Sages from an earlier strata called Tannaim, from approximately 10-220 CE, which had not been incorporated into the Mishna) which were not known to others, even to Rabbi Yochanan. There, we find Rabbi Yochanan complaining to Resh Lakish that Rabbi Eleazar was reciting halachic [Jewish legal] positions as if they were directly from the Mouth of God, without attribution. Resh Lakish explains that, in this case, Rabbi Eleazar was actually citing a brayta [outside teaching] on his own. (This brayta can be found in Torat Kohanim). Indeed, Rabbi Eleazar had learned these from Rav in Bavel, who in turn had learned them from Rabbi Chiya.

Along similar lines, after Resh Lakish’s death, when Rabbi Eleazar ben Pedat was assigned to learn in companionship with Rabbi Yochanan, he annoyed Rabbi Yochanan by repeatedly supporting him rather than attacking his position. For every novel statement Rabbi Yochanan made, Rabbi Eleazar said tanya demasaye’a lach, “there is a brayta which supports you!” Again, this was because he knew of these braytot [outside teachings] of Rabbi Chiya.

With this in mind, it becomes evident that Rabbi Eleazar ben Pedat was not taking illicit credit for Rabbi Yochanan and Resh Lakish’s Torah. Rather, all the times these scholars thought that Rabbi Eleazar was plagiarizing their statements, he was actually just expounding these braytot.

At the end of the day, intellectual property, including in the Torah realm, belongs to its creators and innovators, in the sense that proper attribution should be given and copyright law should be respected. At the same time (Devarim 33:4), the Torah is an inheritance of the Jewish people. An interesting dilemma.

[1] Adina Cohen and Joshua Waxman, 2019, NER of Citations and Fine-Grained Classification of Responsa, in Israeli Seminar on Computational Linguistics Conference

[4] Joshua Waxman, 2019, A Graph Database of Scholastic Relationships in the Babylonian Talmud, Proceedings of the Digital Humanities 2019. http://www.mivami.org/

[5] https://fjms.genizah.org The name is Aramaic for “So do we establish the version of the text.”

[6] A walled garden is “a restricted range of information to which subscribers to a particular service are limited.”

[7] Literally “moving of the boundary marker”. This had an original, Scriptural implication of theft of land by moving a landmark but was extended in rabbinic law to restricting competition in commerce and, in the 1500’s and on, to protecting printer’s rights by banning others from reprinting a book for several years after the initial printing, effectively a copyright restriction.

[8] See the Shach in Choshen Mishpat 292:35 about stealing Torah when it is not otherwise accessible.

[10] See Yerushalmi Berachot 2:5, Yerushalmi Yevamot 3:10, Makkot 5, Menachot 83, and Yevamot 96. In the last instance, several Sages attempt to placate Rabbi Yochanan, and he is eventually comforted by the idea that, just as Yehoshua stated halacha without attribution and everyone knew it came from his teacher Moshe, so does Rabbi Eleazar teach without attribution, and everyone knows it came from his teacher Rabbi Yochanan. This would not work for statements taken from Resh Lakish, however, so the problem remains.