The Board of Trustees has elected Rabbi Dr. Ari Berman ’87YUHS, ’91YC, ’94BR, ’95R as the fifth president of Yeshiva University. He will officially begin his tenure in July 2017. 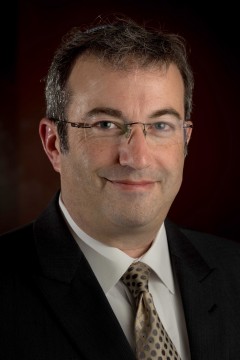 “Rabbi Berman is a dynamic and inspirational leader, scholar and educator,” said YU Chairman Moshael J. Straus, who led the Presidential Selection Committee. “He possesses a deep, life-long commitment to our mission and is a superb choice to lead Yeshiva University forward with excellence.”

Rabbi Berman is the current head of Hechal Shlomo – Jewish Heritage Center in Jerusalem, where he is leading a transformation of the historic organization into an international modern Orthodox center for Jewish life, learning and leadership. He also serves as a lecturer of rabbinic literature in Herzog College’s Department of Jewish Studies and was selected to sit on its Executive Leadership Council, the governing body that establishes policies and sets direction for all major issues regarding the operation of the college.

Prior to moving to Israel, Rabbi Berman served as rabbi of The Jewish Center in New York City and led the prominent institution through a period of growth in which it experienced a significant rise in congregational satisfaction, membership, programming, services, outreach, public activities and financial strength.

Simultaneous with his pulpit at the Jewish Center, Rabbi Berman served as an instructor of Talmud in the Irving I. Stone Beit Midrash Program at Yeshiva College. He is married to Anita ’88YUHS and they have five children.

“Yeshiva University, with its distinct mission and singular ability to teach how to integrate the world around us within our Torah lives, is uniquely positioned to educate the next generation of students and enable them to capitalize on the blessings of this era,” said Rabbi Berman. “I am deeply humbled to follow in the path of the illustrious Jewish leaders who preceded me and am excited to work with each member of the YU family to build on our past, envision new directions for our future and maximize the enormous potential of our beloved institution.”

Rabbi Berman graduated from four YU schools with distinction, earning honors for his academic work in both secular and Jewish studies. He was recognized by the YU-affiliated Rabbi Isaac Elchanan Theological Seminary (RIETS) for his written scholarship and was chosen to speak on behalf of the graduating student body at his Chag HaSemikhah [rabbinic ordination ceremony]. He was also selected as a Fellow in the Kollel Elyon, the three-year post-ordination study program for RIETS’ most promising students and future rabbinic leaders. He graduated from The Marsha Stern Talmudical Academy/Yeshiva University High School for Boys, received a bachelor’s degree from Yeshiva College, and earned a master’s degree in medieval Jewish philosophy from the Bernard Revel Graduate School of Jewish Studies. While in Israel, he earned a doctorate in Jewish thought at Hebrew University.

Rabbi Berman will succeed President Richard M. Joel, who became president in 2003. Over the course of his tenure, President Joel was instrumental in moving YU beyond the walls of the University—from expanding professional and rabbinic programs and service learning missions worldwide to establishing new student life programs and The Mordecai D. and Monique C. Katz School of Graduate and Professional Studies.

“Rabbi Berman lives the values of Yeshiva University,” said President Joel. “His optimism, scholarship and abilities as a speaker and writer will serve YU well as it rises to its next level.”