An Emotional Tribute to a Beloved and Respected Librarian

On Wednesday, June 26, 2019, family, friends and colleagues gathered on the fifth floor of the Mendel Gottesman Library to pay a poignant and heartfelt tribute to Leah Adler z”l, who passed away at the age of 72 this past May. 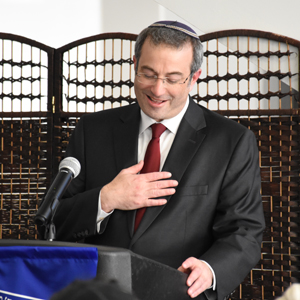 Among the more than 150 people who filled the space was Dr. Ari Berman, President of Yeshiva University, who, as a cousin, was close to Adler and her family. As he spoke about the affectionate ways that she and others in the Adler family always treated him, he became visibly moved, having to pause several times to gather himself before he could continue speaking. 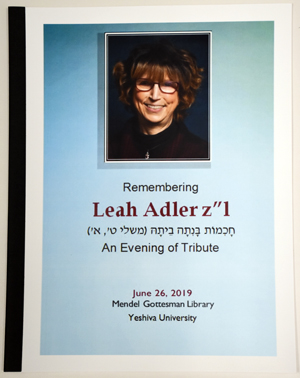 Also distributed was a booklet of remembrances compiled by Elinor Grumet, Hindishe Lee and Rina Krautwirth, reference and instruction librarians;  Chaya Sarah (Hallie) Cantor, acquisitions associate; and Sam Ormianer, project manager for the Office of the Dean. There is also a video available for viewing.