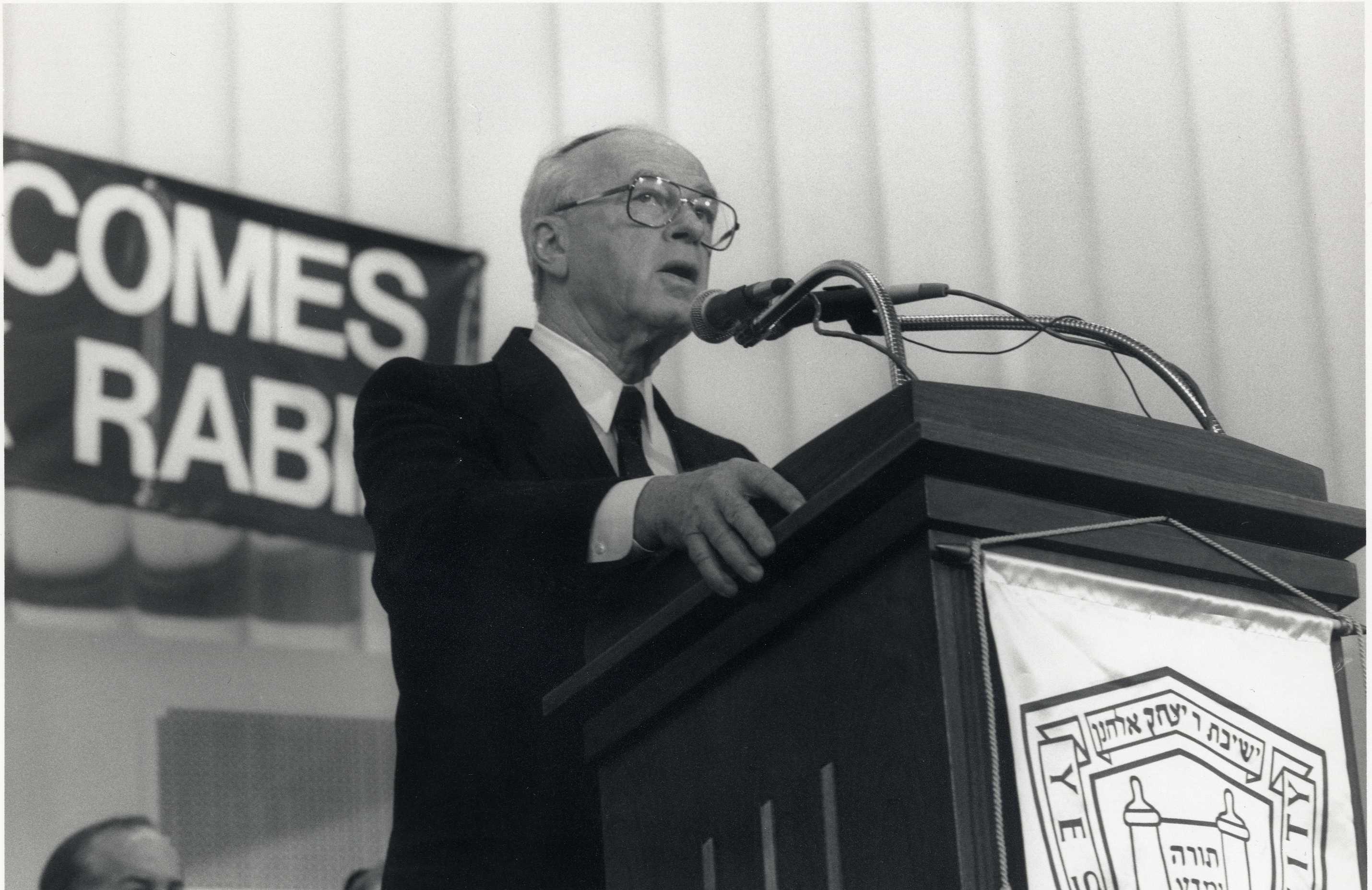 bin: Twenty Years After, the program will run from 10:00 a.m. – 4:00 p.m. and will include discussions and presentations on the life, legacy, politics and assassination of Israel’s fifth prime minister.

“It is essential that Yeshiva University takes the lead to celebrate the life of Yitzhak Rabin and discuss the issues surrounding his tragic death in order to drive home the importance of national unity at all times despite differing opinions,” said Dr. Steven Fine, Pinkhos Churgin Professor of Jewish History at YU and the director of the University’s Center for Israel Studies. “As a ‘light unto the nations,’ we must promote the notion of civil culture, focusing on what we have in common in an effort to promote safe, peaceful and effective dialogue.  It is truly the only way forward.”

Following the lunch break, a second session, “From the University,” will feature presentations by Dr. Selma Botman, provost and vice president of academic affairs at YU; Dr. Robert O. Freedman of Johns Hopkins University; Dr. Akiba Covitz, executive director of YU Global; and Dr. Margaret Olin of Yale University about the political and social ramifications of Rabin’s death on the world at large, from 1995 until today.

The conference will conclude with the recitation of a “Kel Maleh Rahamim,” the quintessential Jewish prayer of remembrance, by Rabbi Glickman.

Yitzhak Rabin: Twenty Years After is co-sponsored by the Consulate General of Israel in New York and the Yitzhak Rabin Center in Tel Aviv.