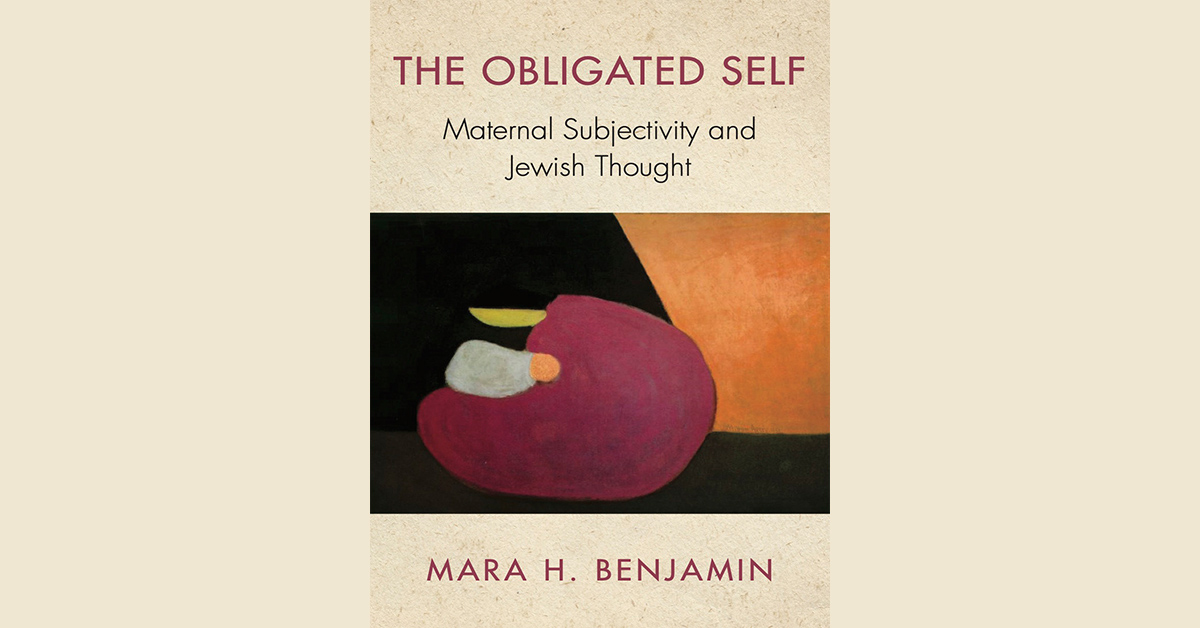 In The Oblig­at­ed Self: Mater­nal Sub­jec­tiv­i­ty and Jew­ish Thought, Mara H. Benjamin offers a thought-provoking (and often humorous) meditation on motherhood as a prism for one’s relationship with God. Inspired by Jewish thinkers, including Franz Rosenzweig, Martin Buber, and Emmanuel Levinas, Benjamin argues that relationships can be “theologically productive.” After all, they serve as our primary entry point into the nature of obligation, love, and power. None of her predecessors, however, unpacked the “full-bodied reckoning with relationality” that motherhood provides. Benjamin sets out to do so.

In The Oblig­at­ed Self, Benjamin argues that mothers’ seemingly endless repetitive and unrelenting obligations for their young children mirror the daily mitzvot, whose observance connects God and the Jewish people. In both sets of relationships, love is formed through daily covenantal expression and dependency. There is an uneven power dynamic in both, with self-restraint exercised by the “parent/divine parent.” This relationship is a fraught one, navigating between tenderness, frustration, and occasionally even rage. The dynamic, however, is ultimately a positive one. Its “structural asymmetry in power… is both necessary and beneficial for both parties” (emphasis in the original).

Arguing against both the abstract nature of 20th-century modern Jewish thought and arguing for the experiences of mothers as a means of enhancing the richness of perspectives in how Judaism is conceptualized, Benjamin writes both personally and academically. She notes how in the early days after she gave birth, “the raw, immediate assault on my freedom—a freedom I had not even known I had previously enjoyed—struck me with overwhelming force. No sooner had this baby, this stranger, appeared than she held a claim on me.” This claim immediately impacted multiple levels of Benjamin’s personhood. As she writes, “These shifts in my relationship to time, the material world, and my own autonomy comprised the becoming of an obligated self, a self radically bound up with someone else.”

Utilizing biblical, rabbinic, and later philosophical sources to delve deeply into this comparison, Benjamin sees the analogy between the Jewish people’s relationship with God and motherhood as ultimately about cultivating productive growth. As she notes, “an honest conception of maternal power must wrestle with power understood both as something asserted in conflict and resistance and as the capacity to facilitate or prevent another person’s discovery of her own capabilities.” As her book, a slim but learned and theologically rich volume, concludes, God’s love for the Jewish people is an amplified type of motherhood—sometimes volatile, keenly attentive, and ultimately rewarding.