On Wednesday, March 27, 2019, the Rabbi Isaac Elchanan Theological Seminary (RIETS) held its annual Gala Evening of Tribute at the Grand Hyatt Hotel in New York City. Over 500 people attended and close to $1 million was raised.

Dr. Ari Berman, President of Yeshiva University, asked the audience to “think about how many thousands upon thousands of people have benefited and were influenced by this Yeshiva. The Jewish world has forever been impacted by the Torah values, texts and ideas that are taught here, and our values have reverberated throughout the broader society.”

In his remarks, Rabbi Menachem Penner, the Max and Marion Grill Dean of RIETS, noted that “if we want leadership for the future, there is one place to look: the beis medrash [study hall] of Yeshivas Rabbeinu Yitzchak Elchanan. There is not a single institution in the world that has a track record for producing the leaders of tomorrow like RIETS.” 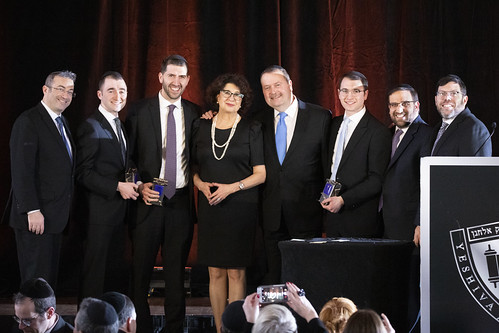