At first glance, these areas of study seem to be worlds apart. But for Dr. Marian Gidea, a professor of mathematics at Yeshiva University who was recently awarded a $290,000 grant by the National Science Foundation, these diverse fields—and others—are all part of the larger question posed by his research: When you make a small change to a dynamical system (think knocking down the first domino in a chain), what happens?

“The objective is to analyze how small actions exerted on dynamical system can have big impacts,” said Gidea of his funded research proposal, “Large Effects in Dynamical Systems.” His expertise involves the mathematical modeling of time evolution, the change of state brought about by the passing of time, in physical, biological or social systems. Unlocking the key to that mystery could have implications for almost anything: bioengineering, climate science—even spaceships.

For example, here’s one way Gidea could put his research to work: “In astrodynamics, small forces resulting from the intertwining of the natural gravity of the moon, sun and planets can be exploited to design spacecraft trajectories to distant locations within the solar system, or to correct the orbits of artificial satellites near the Earth, with significant fuel savings,” he said.

A similar approach can be equally useful in the realm of climate science. “Calculating small changes in system parameters—for example, the concentration of greenhouse gases—can cause sharp transitions of the climate from one regime to another,” said Gidea. “The mathematical analysis of climate data can detect early warning signs of such transitions.”

And why stop there? “In the social sciences, personalized interventions targeted to carefully-selected clusters within social networks can be optimized to improve the health behaviors of larger communities,” he said. “Surprisingly, these very different types of phenomena can be described through similar mathematical models, and tools from differential equations, geometry, and topology can be used to analyze them.”

Gidea’s NSF grant will support him as he applies these tools to a 50-year-old open problem in mathematics known as “the Arnold Conjecture,” which theorizes that the total energy of a typical mechanical system can always be increased with the application of an arbitrarily small external force. With more than 10 years of work in the area already under his belt, Gidea expects his research to provide a very clear answer to the problem by drawing on the geometric and topological methods he has developed.

The NSF grant will enable graduate and undergraduate students at YU to work alongside Gidea as he cracks the code—under his supervision, three students have already started work on it this summer, studying the topology of networks and brainstorming novel ideas about how to apply their new knowledge to different social systems.

“I learned some computational skills that are crucial nowadays to do scientific research,” said Jeff Ohana, a third-year math major and premed student who worked with Gidea this summer on two parallel projects: persistent homology on weighted networks, a method for computing topological features of a space at different spatial resolutions, and an application to his own area of interest, a model for the transmission of drug and alcohol consumption behaviors on college campuses.

“I appreciated that Dr. Gidea helped me develop my personal research project by putting me in touch with Dr. Andrea Weinberger, professor of psychology and psychiatry at the Ferkauf Graduate School of Psychology and the Yale University School of Medicine, to develop a survey which is very important to it,” said Ohana. “I’m also having a great time doing research with Dr. Gidea, who encourages us to take the initiative and learn about applied mathematics subjects that are trending right now, like social network theory and persistence homology.”

Students also get a taste of Gidea’s cutting-edge research in the classes he teaches at both the undergraduate and graduate level. This semester, undergraduates will have a chance to take a graduate class he team-teaches with other distinguished faculty at Yeshiva College, “Network Science,” with the proper prerequisites. Gidea’s courses are rife with examples from his work.

“Whether it’s a graduate course on chaotic dynamical system or an undergraduate class in differential equations, I’ll bring up topics related to my research that run the gamut from mathematical models for the spreading of infectious disease, of suspension bridges and of shock absorbers to analysis of oscillations in chemical reaction and of hysteresis in the Josephson junction superconductor,” he said. 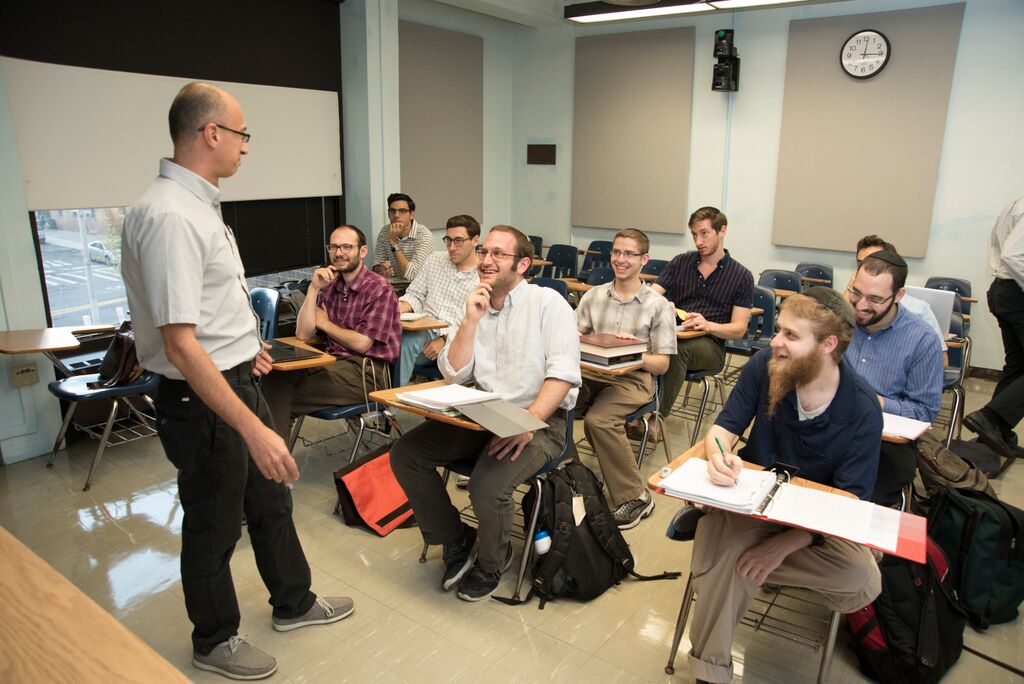 But Gidea believes that the connections between teaching and research go far beyond the direct usage of research topics in his classroom. “Research fuels me with energy, inspiration and enthusiasm—it keeps me engaged in a continuing learning process, and I can communicate my learning experiences to the students,” he said. “It enables me to better motivate students by relating the classroom material to the most innovative and far-reaching applications of mathematics, and helps me to transform students into partners in the exciting journey of learning and discovery.

Last but not least, through the numerous connections developed via collaborations and participation in professional conferences, it helps me to better advise students when they seek to pursue advanced degrees at top schools in the United States and abroad.”

“Competition for NSF grants in mathematical research is currently intense nationally,” said Dr. Thomas H. Otway, chair of the department of mathematical sciences. “But even among the small number of successful proposals, a mathematics award of this magnitude is very rare. It is an indicator of the importance of Marian’s research and of his stature in the research community. And it puts our department in a very select peer group.”