Kayla Applebaum, a junior at Stern College for Women, has been awarded the Barry M. Goldwater Scholarship, a highly competitive grant that supports undergraduates who intend to pursue careers in science, math or engineering. 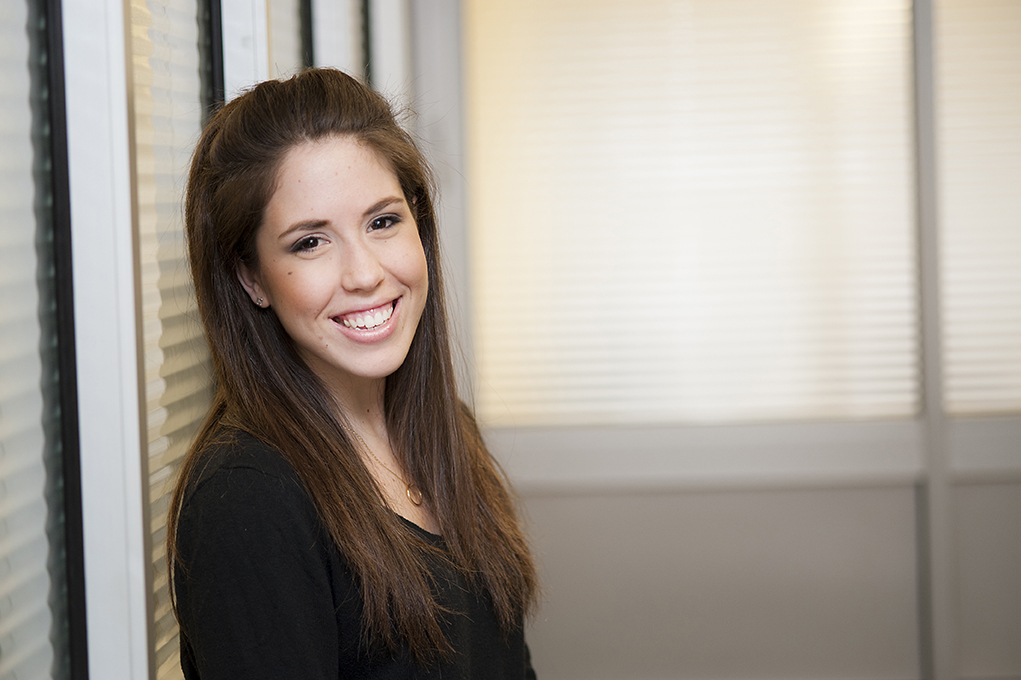 Only 271 college sophomores and juniors across the country are selected for the scholarship, which covers the cost of tuition, fees, books and room and board up to a maximum of $7,500 per year. Applebaum, a molecular biology major, will use her scholarship to continue her study of the targeting molecular pathways of breast cancer in hands-on research with Dr. Marina Holz, associate professor of biology at Stern College, who she has worked with for the last three years.

“From a young age I’ve loved puzzles,” said Applebaum. “My passion for research stems from that same fascination: I like looking at the details, hypothesizing a way to make them work together, and piecing together the bigger picture.”

That passion led Applebaum to her interest in the underlying mechanisms of cancer after she lost two grandparents to the disease. “Understanding the devastating consequences of cancer, I wanted to investigate this topic further with the hope that I could ease human suffering,” Applebaum said. “During the course of my projects, I discovered that I could take an idea and carry it to completion with conclusive results that could transform the way our society treats cancer. I hope one day to be able to make a difference in the life of at least one person.”

After graduation, Applebaum, who is also a member of the S. Daniel Abraham Honors Program at Stern College and a recipient of the Anne Scheiber Science Academic Scholarship, hopes to attend medical school and launch her own career in cancer research.

“Kayla is motivated, hard-working and always aims to achieve the best possible educational experience for herself,” said Holz. “She exemplifies one of the core missions of Stern College: to promote women in science and support their aspirations to succeed in their chosen career paths.”