Naomi Schwartz, a senior studying molecular biology at Yeshiva University’s Stern College for Women and president of the Stern College Biology Club, has been named as one of only 37 American Society for Biochemistry and Molecular Biology (ASBMB) Undergraduate Honor Society members nationwide.

The Honor Society recognizes exceptional undergraduate juniors and seniors pursuing a degree in the molecular life sciences at a college or university that is a member of the ASBMB Undergraduate Affiliate Network (UAN). Stern College’s Biology Club started a UAN chapter this fall.

“The Biology Club organizes many events throughout the year, such as research seminars featuring prominent scientists—even two Nobel laureates—and career workshops and fundraising drives among other things,” said Dr. Marina Holz, associate professor of biology at Stern, who serves as the club’s faculty member. “Last year, we decided to take it to the next level by joining a national undergraduate society. There are numerous advantages of belonging to the ASBMB: unique scholarship opportunities, travel awards, networking and the exchange of ideas with other undergraduate chapters.” 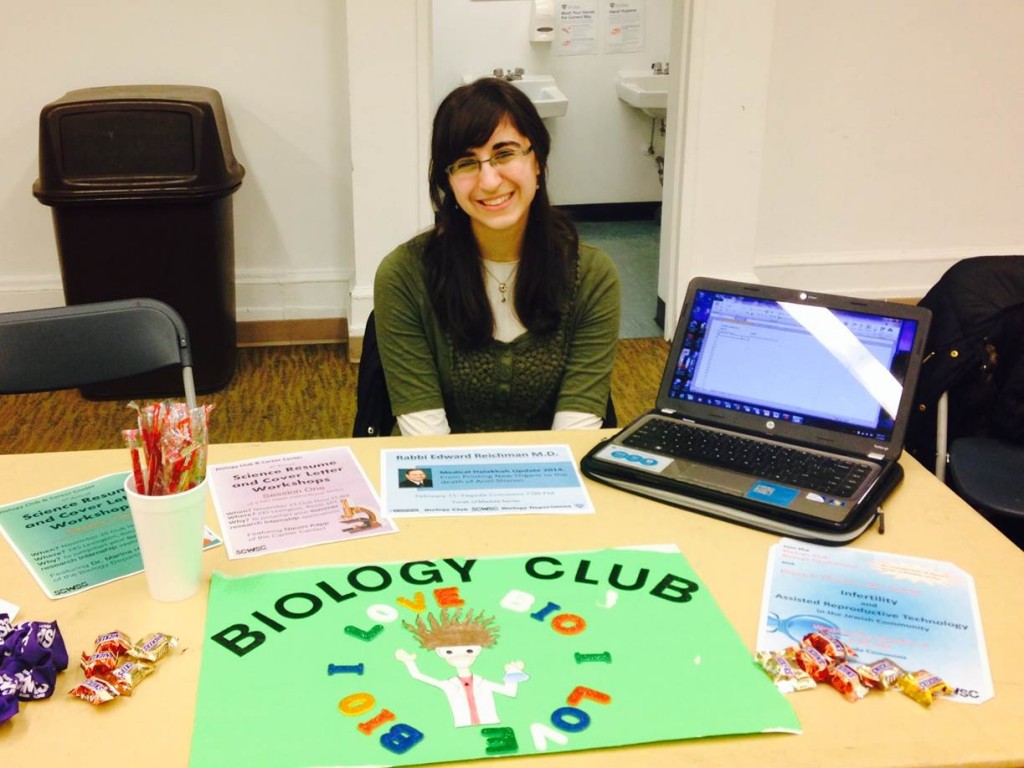 Schwartz, who hopes to pursue medical school, decided to get involved with the Biology Club as a junior because she enjoyed organizing events that were helpful and informative to the student body and sharing her excitement about science.

“My favorite biology club events have been the Torah U’madda lectures, such as our event this semester with Rabbi Dr. Edward Reichman about medical ethics, because I think they really encapsulate the reason I go to Stern: for the balance of Torah values and worldly knowledge,” she said.

Schwartz views her selection to the Honor Society as not only an opportunity to further her own research but to benefit her peers as well. “Becoming a member of the Honor Society grants me access to the Society’s mentoring activities, but it also gives our UAN chapter several benefits, such as the ability to request an Honor Society Speaker,” she said. It will also allow the Stern College chapter free access to the undergraduate program consulting services of the ASBMB and support from the ASBMB and UAN in hosting approved regional UAN Scientific Meetings.

“It’s a great feeling to know that YU is recognized as a nationally competitive center of academic excellence,” said Holz.