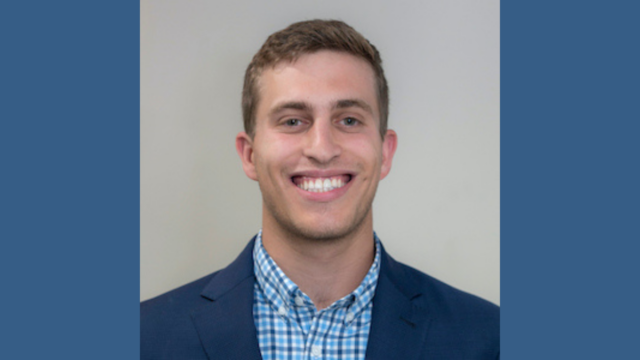 Straus Scholar Josh Shapiro has been honing his writing and critical thinking skills for years. At Rae Kushner Yeshiva High School in Livingston, New Jersey, Shapiro wrote for and edited the school newspaper while also starring as a two-sport athlete. Now at Yeshiva College, Shapiro keeps quite busy as a Straus Scholar, working towards a degree in English while doggedly pursuing extracurricular enrichment and even finding some time to sing in his spare time.

On campus, Shapiro has continued his research and writing as a regular contributor and junior opinions editor at The Commentator. Recent articles give a good sense of Shapiro’s range. In an Oct. 19 essay, Shapiro examined and interrogated his own discomfort with widespread use of offensive words. Concluding that misuse of words and slurs is a serious social problem, Shapiro suggested that “it is crucial to recognize the power of our words and what effects they can have on those around us–for better and for worse.”

“The Commentator serves as an outlet for many different interests of mine,” says Shapiro. “As a writer for the opinions section I enjoy emphasizing certain cultural elements of the university, concretizing my various observations on life and expressing ideas that can potentially lead to positive growth among my readers.”

“I enjoy writing about diverse topics and challenging myself to achieve all this with a positive outlook on Yeshiva University and life in general,” he concluded.

In a fascinating article published on Sept. 8, Shapiro reported back his findings from the island of Djerba, a “tiny island” with “the largest outpost of Arabic-speaking Jews today.” Shapiro found many instances of thriving traditionalism on the island, but many surprising examples of modernity and unexpected dynamism too. He observed that gender roles among Djerbian Jews defy easy categorization, even as courtship and marriage rituals appear very unusual to the contemporary western eye. Shabbat in Djerba was especially revelatory: “Spending Shabbat in Djerba was truly eye-opening for me,” wrote Shapiro, “I don’t believe I could say that I really experienced the community without it.”

“While I was in Djerba,” recalls Shapiro, “I quickly realized that I had the potential to write an article that combined the unique Jewish history of the island and a description of how the community exists today. What I enjoyed so much about writing the article was that it was not simply a relaying of facts found in a history book. I also aimed to formulate much of my own observations and conversations that I had throughout the trip.”

Aside from his writing, Shapiro has recently spearheaded an effort to bring a Tikvah Fund class to Yeshiva’s campus, to help students interested in the best of Jewish and Western philosophy explore the fundamental questions of Judaism in the modern age. He organized an upcoming seminar class with Tikvah Senior Director Rabbi Mark Gottlieb, on “The Crisis of Jewish Education and Spiritual Life,” in which students are invited to read eminent Jewish scholars including Rav Yosef Dov Soloveitchik, Gershom Scholem and Leo Strauss, as well as Christian thinkers such as C.S. Lewis and T.S. Eliot. The goal of the course is to think deeply with the help of these scholarly guides about how Jewish civilization can respond to the devastation of the 20th century with theological and civilizational revival.

“The seminar is not only a historical survey of different responses to the horrors of the Holocaust,” Shapiro notes. Instead, it “allows each participant to carefully examine his own ideology as a Jew in the modern world.”

Off campus, Shapiro does not slow down, pitching in to help people in need whenever he can. As a member of Food 4 Thought, he spends his Sunday afternoons helping distribute leftover food from Shabbat to people in Washington Heights. Even with his busy academic and extracurricular schedule, Shapiro finds time to exercise his creativity. He recently joined an a cappella group, the Y-Studs, adding a musical pedigree to his already sterling academic and athletic credentials. “I have enjoyed singing ever since I was Yosef in my 4th grade Joseph and the Amazing Technicolor Dreamcoat play,” Shapiro recalls. He notes that continuing to pursue childhood passions, like singing, running and playing soccer keep him grounded and connected to the things that inspire him.

His academic and intellectual pursuits, however, have taken center stage. Shapiro explains how he became so interested in writing and philosophy, first in high school, then at Yeshivat Orayta in Israel and now at Yeshiva University as a Straus Scholar.

“Reading and discussing the different works that Western culture has to offer was always something that I wanted to seriously engage in, says Shapiro. “Ironically, the place that allowed me to begin exploring these texts was my Yeshiva in Israel. While most people would associate the Yeshiva model with advanced Jewish studies, it also encourages discussing all sorts of important topics. I found that while I certainly delved deep into traditional Jewish sources, I did not want to limit myself.” Shapiro found himself taken with a Tikvah program on great Jewish and Christian thinkers: “I particularly enjoyed the incredibly profound classes taught by Rabbi Yitzchak Blau on C.S. Lewis and G.K. Chesterton.”

It was not always easy. “At first I was intimidated by the idea of the Western canon and certain writers,” Shapiro recounts. “However, after hearing the many praises that many of my role models had for these works, I decided to put in the work. So, every Wednesday afternoon in my second year in Israel, I would grind through… I would annotate, learn new words, contemplate and discuss the various things I read in those Tikvah sessions.”

Shapiro is happy with the choice to bear down: “Deciding to read those Wednesday afternoons made me a much better reader and deeper thinker, skills which certainly will help me throughout my time at YU and for the rest of my life.”

Shapiro has continued to build on his interest in the Jewish and Western canons, and he credits his Straus Center education with expanding his horizons and fostering growth as a thinker and writer.

“I always look forward to my Straus classes and find them particularly thought-provoking,” he enthuses. He has found the classes nothing short of life-changing. “In Rabbi Shalom Carmy’s Repentance and Forgiveness course, I walk out of nearly every class with an idea or quote that has changed my perspective. Discussing foundational questions like whether one should feel regret and in which situations one should forgive provides me with insight into the human condition on such a deep level.”

He also credits Dr. Shaina Trapedo and her class on Jews in Western Literature with exposing him to the great literary works of the West and the role of Jewish characters and Jewish thought within them. “I would love to partake in more Jewish philosophy and traditional literary criticism classes going forward,” he says, “with the goal of gaining insights on how to grow as religious and moral individuals in the modern world.”

To learn more about the Straus Scholars program, click here.