Below, Straus Scholars Allie Orgen ’24S and Jennie Peled ’24S reflect on their experiences at the conference. 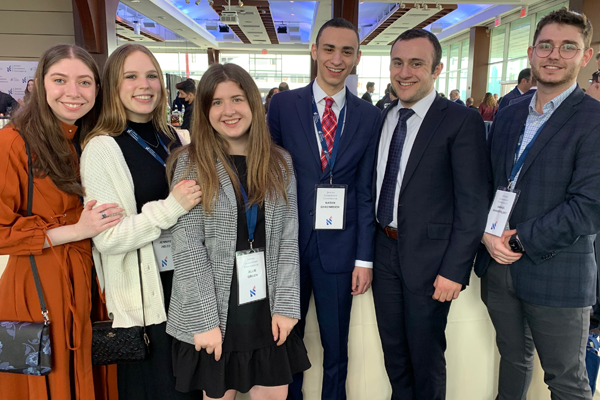 I was privileged to have the opportunity to attend the Tikvah Fund’s Jewish Leadership Conference on June 12, along with several of my fellow Straus Scholars and mentors. For me, the highlight of the conference was hearing from Dr. Ruth Wisse, who spoke of the American Jewish hero. Dr. Wisse asserted that in order to live up to the ideal of the American Jewish Hero, Jews must remain courageous, confident, and committed.

Dr. Wisse spoke of the essential commitment that Jews must be equally devoted to both their religious values and their American citizenship. That idea itself—that our activism matters—was the essence of her speech, the theme of the conference. We must stand as proud Jews in order to be free Jews.

I am spending the summer in Washington DC, and while the experience has been incomparable, I have been grappling with challenges to both my religious observance and my Jewish identity that I’ve never faced before. However, these challenges are not new to Jews who have been involved in the realms of politics and policy. I began my year in the Straus Center learning about Jonas Phillips, one of our founding fathers and a proud observant Jew. Phillips petitioned for the removal of a religious oath that restricted his political participation. He was successful and created the framework for Jews to take an active role in American society.

These values have been instilled in me throughout my time as a Straus Scholar, from Phillips to the American Jewish hero Dr. Wisse spoke of, herself included. This conference provided the opportunity to remind me of the importance of these values as I embark on the challenge ahead and reinforced my convictions as both a proud American citizen and a proud Jew. 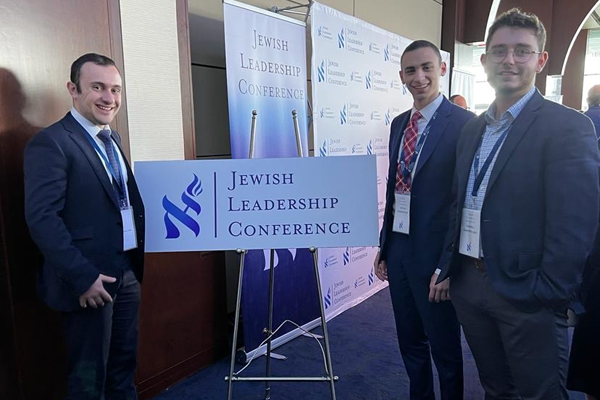 On June 12, I had the privilege of attending the Tikvah Fund’s fifth annual Jewish Leadership Conference at Chelsea Piers. With over 700 people in attendance, the conference convened in the early morning and continued until evening.

My favorite speakers of the day were Yarom Hazony in conversation with Matthew Continetti on the question of “What Is Conservatism?” Hazony champions Conservative ideals, while still maintaining a critical eye on the shortcomings of both political parties. He stated that “competing parties do not give honor to one another,” a flaw that he understands as fatal to our bipartisan system. He laments what he sees as a fracturing within Conservatism. In his view, Libertarians see freedom as the ultimate value in America, but lack adequate emphasis on the family unit. Traditionalists, however, operate under the principle that every individual is born into a family and therefore has obligations that cannot be neglected.

Hazony’s phrasing reminded me of Adam Smith’s Theory of Moral Sentiments. This philosophical exploration of society, published a decade before his more famous Wealth of Nations, sees clear obligations between a people and their government, and extends this even further to individuals within their families. Smith writes that “a parent without parental tenderness, a child devoid of all filial reverence, appear [the objects] not of hatred only but of horror” (Chapter 6, Section 2). To Smith, the safety of our family depends so closely on the safety of our country, and therefore we must treat our country with the same reverence. It is this ideology that Hazony urges us to recapture, a Conservatism that retains freedom as a value, but not at the expense of our humanity. It was a privilege to hear from speakers like Yoram Hazony at JLC, and as a YU Straus Scholar, I believe these ideas being discussed are worth promoting and preserving.