Michael Strauss, associate dean, entrepreneur-in-residence and clinical professor of management at the Sy Syms School of Business, has been appointed interim dean of Sy Syms for one year, effective July 1. Strauss also currently serves as assistant to the provost. 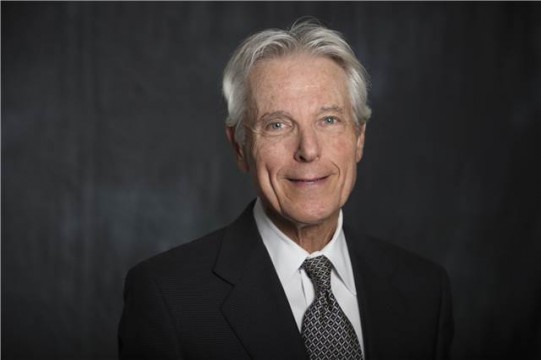 “Sy Syms School of Business continues to be in good hands with Interim Dean Michael Strauss,” said Dr. Selma Botman, provost and vice president of academic affairs. “We look forward to the business school’s further growth and distinction in the coming year.”

Strauss holds a bachelor’s degree in business administration from the City College of New York and an MBA from Baruch College at the City University of New York. He began his career as an industrial engineer at New York Central Railroad and American Airlines before holding a series of positions at First National City Bank, Bank of New York, and American Express, where he was eventually one of three executive vice presidents of the Travel Related Services. Strauss has since served in senior capacities at a number of companies.

He has taught several courses at Sy Syms, where he is known for his close mentoring of students, both in their coursework and careers and as they invent and launch their own business ventures.

“I am extremely honored, humbled and excited at the opportunity to take on the leading role in moving Sy Syms to the next level,” said Strauss. “Sy Syms is in the best position it has been in many years, but we are not ready to take the victory lap yet; there is much more to do in expanding the undergraduate school and in building strong graduate programs. I am proud of our faculty, administrators and particularly, our students, who are the reason that I am here.”