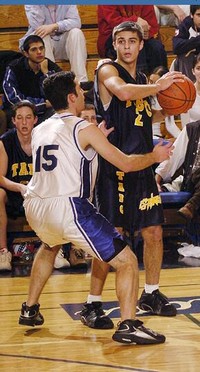 The dominant Merlis scored 21 of 23 Atlanta points in the third quarter – finishing with 41 points – but it wasn’t enough on a night that TABC seemed to do everything right.

The TABC duo of Gabe Amzallag and Noam Block combined for 51 points to help TABC beat Yeshiva Atlanta in what was surely the shocker of the day. Amzallag and Block were the only substantial scorers of the night, “but this is a perfect example of how stats can lie,” Jon Cohen pointed out on the air (as heard on www.macslive.com). “Everyone is involved in the offense, everyone is touching the ball, the entire team is working to find the open man.”

The TABC win throws a wrench in the plans of the tournament committee, who know must decide how, if at all, to re-seed the top Tier. Check macslive.com often for tomorrow’s schedule as soon as it’s released.