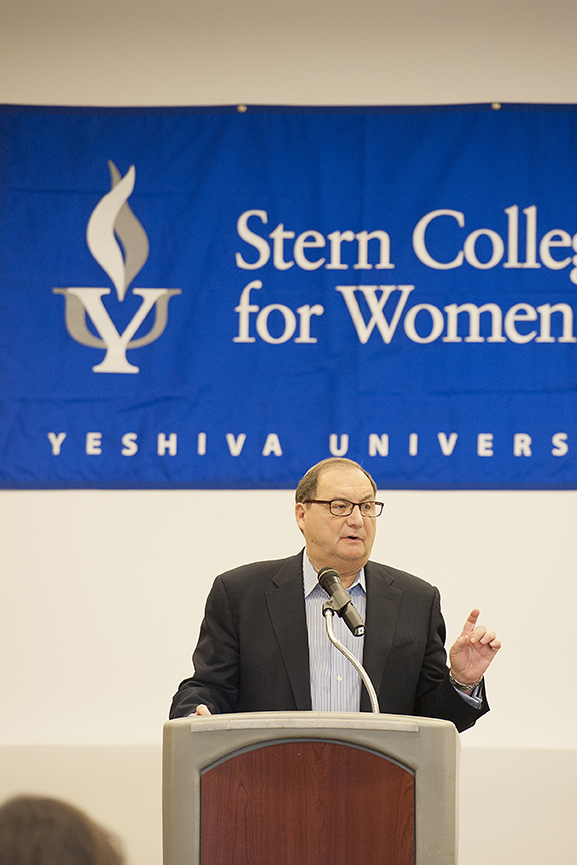 Calling “Never Again” the 11th commandment “etched in the aftermath of Auschwitz,” Abraham Foxman—national director of the Anti-Defamation League and keynote speaker at YU’s 77th Annual Commencement Exercises Garden on May 22—exhorted the graduates gathered at the WaMu Theater in Madison Square to turn that message into a universal mandate to speak out and act against bigotry in all its forms. Foxman, a world-renowned leader in the fight against anti-Semitism received an honorary Doctor of Humane Letters degree from YU President Richard M. Joel.