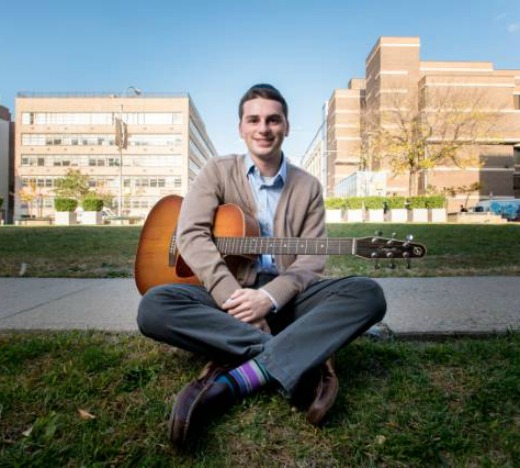 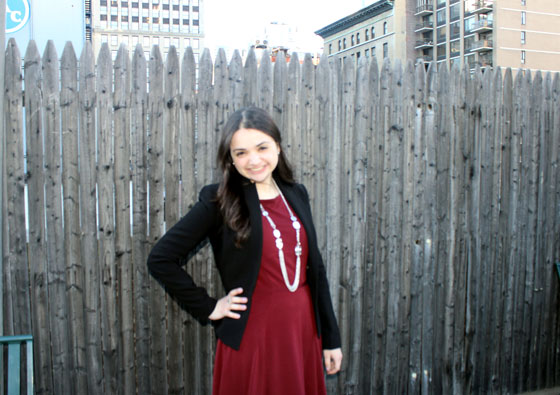 Stern College Student Named Finalist in Nationwide PepsiCo Marketing Competition Scrolling through LinkedIn one day, Stern College for Women student Michal Kupchik was intrigued by an ad challenging viewers to submit an entry to PepsiCo’s “Meeting of the Minds” competition: “Come up with an innovative way to link a PepsiCo brand with an up-and-coming musician. […]

“Since its establishment in 1987, the business school and its curriculum have been constantly evolving,” said Dr. Fred Palumbo, professor and area chair of marketing and management at Yeshiva University’s Sy Syms School of Business (SSSB). Addressing an audience of students, proud parents, and captains of industry gathered at the 2009 Dr. William Schwartz Business Plan Competition, Dr. Palumbo provided a brief history of one of the northeast’s top undergraduate business programs. He went on to explain that recently he has noticed a dramatic shift towards the field of entrepreneurship.

At 10:30 pm every Wednesday night, Yeshiva University student volunteers climb aboard large scales holding bags filled with glass and plastic bottles and cans. They subtract their body weight from the total and record the figures. This ritual is an integral part of YU’s participation in RecycleMania, a 10-week, national recycling competition between college campuses. The competition, which runs from January 30 through April 9, involves over 400 schools and seeks to motivate campus communities to recycle more and reduce overall waste.

Six rock acts of unique style and skill performed in front of a packed house at this year’s loud and raucous Battle of the Bands. The competition, held at the Geraldine Schottenstein Cultural Center on November 15, brought out the best of Yeshiva University’s musical talent and drew a standing room-only crowd of students from YU and beyond.

And the award goes to ChaZack, created by Richard Lewis, Josh Graber, and Mathew Cherney. The winners of the Student Short Film competition were announced today by Yeshiva Universitys Center for the Jewish Future (CJF), which sponsored the festival, in which the winning producers, all Sy Syms seniors, received $2,000 toward the purchase of film equipment or Jewish books.

The questions flew fast and furious. Students were given just 10 seconds to prove they knew their stuff. In the end, North Shore Hebrew Academy of Great Neck, NY, knew their stuff better than the rest and captured first place in the second annual Sy Syms School of Business Stock Market Trivia Competition on April 5.

Two students from Yeshiva University High School for Girls have been chosen as regional finalists in the 2005-06 Siemens Westinghouse Competition in Math, Science and Technology, the nation’s premier science research competition for high school students.

Sy Syms School of Business student Lauren Stricker is a finalist in a business competition sponsored by St. John’s University. Lauren submitted an essay that finished in the top three of all submissions.