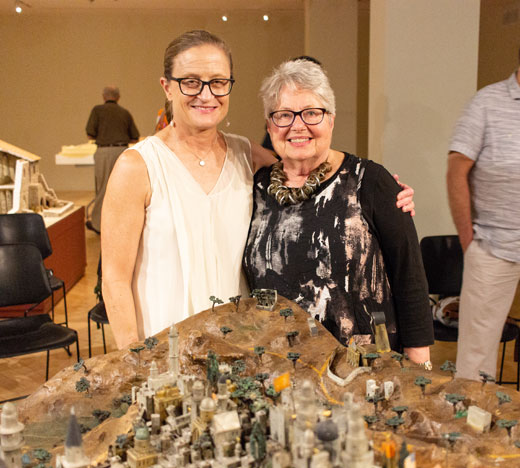 In Fall 2014, the Bernard Revel Graduate School of Jewish Studies partnered with Yeshiva College and the YU Museum in hosting  “Modeling the Flood Story: Midrash and Movie,” an interdisciplinary symposium examining the biblical flood account and how the story has been read, interpreted, reconstructed – and modeled – through Midrash, medieval and modern texts, art, and film, with a particular focus on the 2014 Hollywood film Noah, directed by Darren Aronofsky.

Approximately 500 yeshiva high school students from throughout the United States and Canada had an opportunity to promote international law, wrestle with world hunger, and address the crisis of weapons of mass destruction this February. At least in theory.