With Thanksgiving around the corner, Yeshiva University students reached out to local police officers and firefighters to express heartfelt appreciation for the role they play in keeping New York City safe. 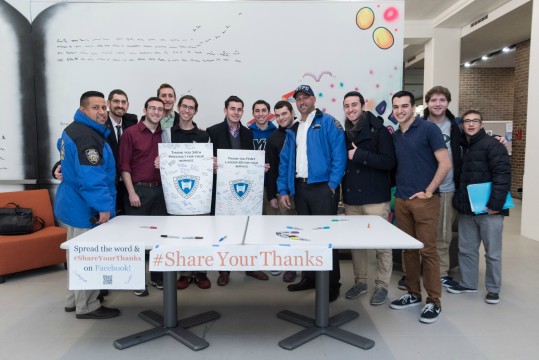 Two officers from the City’s 34th Precinct and five firefighters from Fire Department of New York Ladder 45 represented the forces at an event on YU’s Wilf Campus that gave students an opportunity to sign a poster or share their gratitude in person. The event was organized as part of a campaign called #ShareYourThanks, which was created by students in a social media marketing class at the Sy Syms School of Business to spread positive feeling and goodwill toward law enforcement officers. 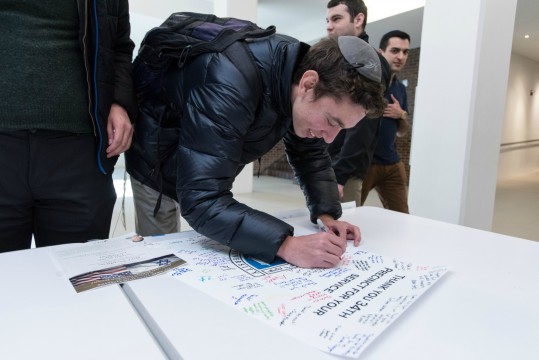 “We were assigned to create a campaign for a social cause and we noticed the tension in our country surrounding law enforcement,” said Matan Horenstein, one of the campaign’s organizers. “We thought it would be impactful to put together an event where we showed our appreciation to the local police and firefighters who work around the clock to protect and keep us safe. We have received lots of positive feedback from students thanking us for coming up with the initiative and allowing them to share their appreciation with the heroes of our community.”