Every year, the Zahava and Moshael Straus Center for Torah and Western Thought welcomes a new cohort of Straus Scholars, incoming Yeshiva College and Stern College for Women students who demonstrate high academic achievement, leadership potential and commitment to studying the great works of the Jewish and Western tradition. 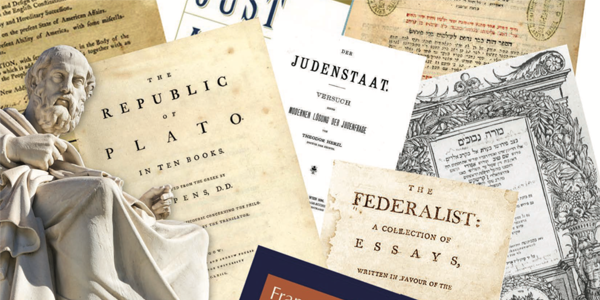 This year’s group hails from all across the country—from New Jersey to Maryland to Ohio—and plans on studying a multitude of topics, including political science, biology and architecture. Read more about them below. 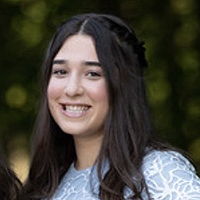 Rebecca Aduculesi is from Teaneck, New Jersey. She graduated from Frisch, where she served as a member of the student council and spent four years playing on the volleyball team, eventually becoming captain during her senior year. Rebecca loves participating in chessed [charity] opportunities; she ran in the Jerusalem Marathon to raise money for Shalva and traveled to Charleston, South Carolina, on an NCSY mission to help build houses with Habitat for Humanity. After high school, Rebecca was privileged to learn at Sha’alvim for Women, where she studied halacha [Jewish law], Tanakh [Hebrew Bible], and machshava [Jewish thought]. Rebecca spent the past two summers working as sports staff and a counselor at Camp Morasha. She plans on majoring in biology but also enjoys studying English literature. Rebecca is excited to be a part of the Straus Center and expand her intellectual horizons. 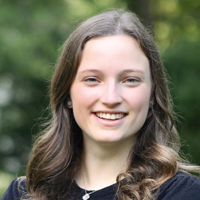 Ayelet Brown was born in Jerusalem, Israel, and moved to Silver Spring, Maryland, when she was one. There she learned the importance of community and leadership and used her energy and organizational skills to work with Friendship Circle and Chai Lifeline. In high school, she served on her shul youth board, was a Bnei Akiva madricha [youth counselor], and a member of a Jteen Philanthropy cohort, where she learned to allocate charitable dollars across the community. A graduate from Berman Hebrew Academy in 2019, Ayelet participated in her school’s contingent to the American Israel Public Affairs Committee, was a creative member of the engineering club, served as yearbook head photographer for two years and received an art award for her photography. Following her graduation, Ayelet spent her gap year in Midreshet Lindenbaum in Jerusalem. During her summers, Ayelet worked at Camp Simcha and Camp Kaylie. Ayelet hopes to continue advocating for children with disabilities by majoring in psychology and is interested in the intersection of Judaism and human behavior. 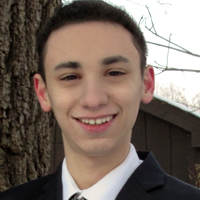 Natan Ehrenreich grew up in University Heights, Ohio, where he graduated from Fuchs Mizrachi School in 2019. He then spent a year learning at Yeshivat Orayta in Jerusalem. At Mizrachi, Natan was a member of both the debate and Model UN teams and also served as a student council representative. He also spent time as a leader for Bnei Akiva and was selected by the Jewish Federation of Cleveland as a Saltzman Youth Panelist, helping allocate over $40,000 to different organizations across Cleveland. He is passionate about American politics and has spent his summers working for several law firms. Natan has received numerous awards for academic achievement, including AP Scholar with Distinction and the Fuchs Mizrachi Young Scholar Award. He also graduated as valedictorian of his high school class. He is excited to join the Straus Scholars program at YU, where he plans to major in political science. 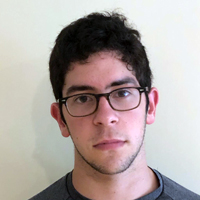 Judah Fortgang grew up in New Rochelle, New York. He graduated from SAR High School in 2018 and spent a year learning at Yeshivat Har Etzion (Gush). At SAR, Judah was the captain of his hockey team and the editor of the school’s award-winning economics magazine, Incentives.

Having spent the past few summers with the Tikvah Fund, he has been exposed to the immense depth and importance of both Jewish and Western thought and looks forward to an immersive program studying these rich traditions. 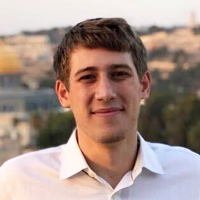 Benjy Gottesman was born and raised in New York City. In 2018, he graduated from the high school of Hebrew Academy of the Five Towns and Rockaway (HAFTR) as a National Merit Commended Scholar and a member of six of HAFTR’s honors societies. While in high school, Benjy served as captain of the Torah and College Bowl teams for all four of his seasons. He also served as the founding captain of the National Speech and Debate Association team, placing in over a dozen tournaments during his tenure. After high school, Benjy spent two years in Jerusalem’s Yeshivat HaKotel, where he joined the Bergman Family Leadership Program and spearheaded the revival of the Chabura Family Leadership Program. While in Israel, he also participated in the Tikvah Overseas Student Institute. During the summer, Benjy has interned with organizations such as DOROT and the Simon Wiesenthal Center. However, Benjy is most passionate about his time working as a counselor at Camp Moshava Indian Orchard. Benjy enjoys the study of early Christian thought, Toras Chassidus and Ultimate Frisbee. 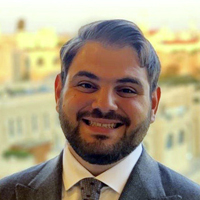 Reuben Hartman lives in Lincolnwood, Illinois. For high school, Reuben attended the Wisconsin Institute for Torah Study in Milwaukee, Wisconsin. While there, he was the senior class president and the class valedictorian. Reuben is a regular volunteer at Chai Lifeline Midwest as a mentor for kids with illness. He also spends his summers at Chai Lifeline’s Camp Simcha as a counselor. Reuben also spent a summer at the Illinois Institute of Technology’s Experiment in Architecture program. In the past two years, he has attended Yeshivat Sha’alvim in Nof Ayalon. While there, he was a participant both years at the Tikvah Overseas Students Institute’s “Jews, Morality, and the West” program, where he explored multifaceted theories and beliefs about the realities between religion and politics. Reuben spent the summer between his yeshiva years as an intern for State Representative Rabbi Yehiel Mark Kalish, Illinois’s first rabbi congressman. At Yeshiva University, Reuben plans to major in political science and minor in architecture. Reuben is excited to spend his college career at the Straus Center, finding the divine connection between God’s Torah and the creations in his world. 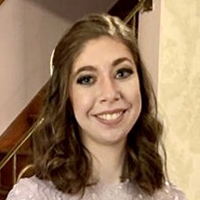 Penina Spearman, a lifetime resident of Kew Gardens Hills in Queens, New York, is a graduate of Midreshet Shalhevet High School, where she participated in debate club, model congress, Torah Bowl, College Bowl and drama and served as vice president of the senior class of 2019. She also received the Torah U’madda Book Award for commitment to her school, community and ideals and objectives of Yeshiva University. After graduating high school, Penina spent a year studying in Israel at Michlelet Mevaseret Yerushalayim in Jerusalem. While there, she participated in the Tikvah Overseas Students Institute, where she focused on the political and moral dilemmas Jews face in the modern era.