As the American public grapples with a growing awareness of the problem of bullying, both within schools and outside of them, and heated debate about where to lay the blame for school shootings becomes a regular feature of political debates, one especially painful question stands out: Why? What’s behind these acts of violence and rage? 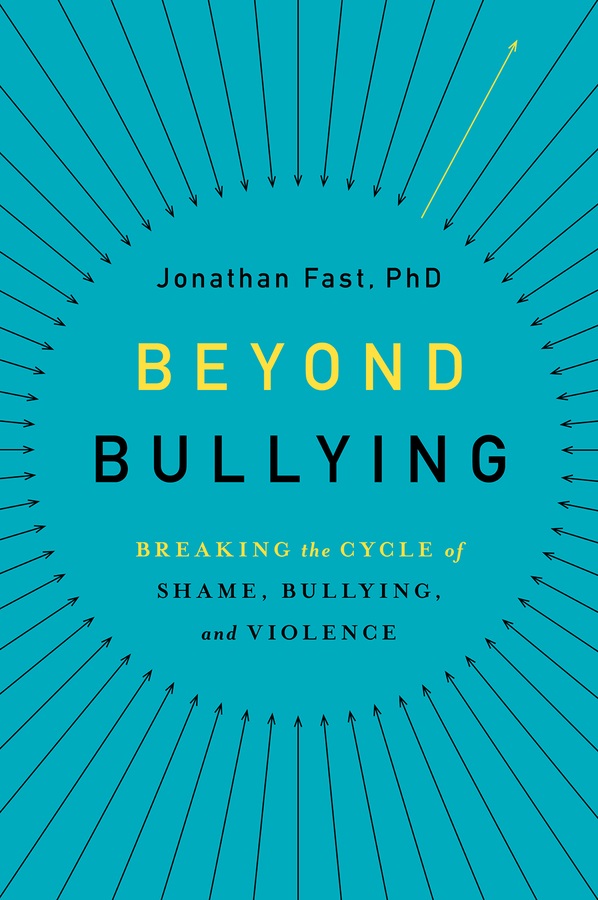 In his new book, Beyond Bullying: Breaking the Cycle of Shame, Bullying, and Violence (Oxford University Press, December 2015), Dr. Jonathan Fast, associate professor of social work at Yeshiva University’s Wurzweiler School of Social Work, sheds light on that question and others that hit close to home. Weaving together research from the fields of psychology, sociology, economics and history, he creates a single overarching theory that places shame at the heart of these incidents.

YU News sat down with Fast to discuss the cyclical process of shame and bullying, how mismanagement of shame can lead to tragedy and ways to move forward—as individuals and as a community.

How does your theory about the roots of bullying and acts of violence aggression, or shame and rage, differ from most psychological theories?

Much of how psychology is being practiced and understood today is about cognition. I’m arguing that there’s more of an emotional element: there’s a central emotion that guides human behavior, which is shame.

Shame has an evolutionary importance. We still experience it for that reason, because it keeps people in groups. Every group has its own culture, and if you want to remain in a group, you have to take on the culture of the group. If you try to join the group without doing that, you risk being expelled from the group, and that leaves you with a terrible feeling, which we identify as shame. For example, in certain families, if you date someone of a different faith or race, the father or mother may be angry. Your relationship with the family feels tenuous. You might even feel that you could lose your membership in that family.

There’s an issue of seeking higher status as well. If we want to join a group of a higher status—say, successful entrepreneurs—but we fail, we feel shame. This may all seem very obvious, but we rarely realize the role of shame when we are in the midst of such conflicts, because shame is a forbidden topic. People don’t want to talk about shame because it feels… shameful.

What made you think that bullying could really be about shame?

In my book Ceremonial Violence (Overlook Press, 2008) I looked closely at 13 case studies of school rampage shooters. I felt there was something in common about all these stories and I couldn’t put my finger on it.

Then I heard a lecture about shame and worthiness by social worker Brene Brown and I came across a quote from James Gilligan in my readings. He wrote, “I have yet to see a serious act of violence that was not provoked by the experience of feeling shamed and humiliated, disrespected and ridiculed, and that did not represent the attempt to prevent or undo this ‘loss of face’—no matter how severe the punishment, even if it includes death.” That was the start. I started reading every article I could find on shame and realized that many people had come to the same conclusion. That felt good because I saw that I was grounded in a body of research. Things that had baffled me for many years, like why some girls cut themselves or some guys get into bar fights, or even why people literally hide their faces when shamed, all started to make sense.

How does shame shape the bully?

There’s a great movie out now called “The Gift.” Jason Bateman plays this successful guy who runs into someone he bullied in high school years ago. When the bully’s wife gradually finds out about this, she demands to know why he tormented him. The bully says, “My father used to beat the crap out of me and I sucked it up. Why couldn’t he do the same?”

And that’s exactly right. The bully has had to suck up the bullying to maintain his place in the family, or social group. But what he winds up doing is displacing the shame onto another person, and then tormenting that person physically or verbally. He manages it by bullying others. If we knew more about Columbine killer Eric Harris, who was raised in a military-style family, I suspect we would find that his father was pretty hard on him too.

Which is not to say that it’s all about the parents. Gilligan also argues that although shame is a necessary component, it isn’t in itself sufficient. Shame is at the root of these situations, but you also need to come from a culture or family that models bad shame management strategies.

Unfortunately, there have been many school shootings in recent years. What insights into the why and how of these events are found in your book?

If you look at the shooters, you see that these are cases of excessive shaming combined with problems of shame management.

Excessive shaming usually happens in schools, although it often happens at home too. Usually the shooters have absorbed crippling amounts of shame and are unable to manage it because of social isolation problems with communication, and other issues which I go into detail about in my book.  So you have the shame, which is necessary but not sufficient, and then also all these other things are going on—it’s the perfect storm. The solution seems to be to kill a lot of people and then yourself. Any time you’re ready to take your own life you become very dangerous because nothing else really matters. Some shooters choose to do this so they can have a moment of greatness before they cease to exist entirely in this world. Believe it or not, school shooters have fans, like rock groups have fans. The shootings bring with them a kind of fame and our society values fame enormously. It’s like a Hail Mary play—“I know if I shoot enough people before I commit suicide, I’ll obtain high status for a moment and I’ll  be in all the papers.”

What are healthy ways of managing shame?

You have to talk about it. Share it with a person you love, whom you trust completely. Talk to your rabbi about it. Confession works for some Catholics. Group therapy is very powerful too. Get up in front of a group of people you trust, who are accepting and nonjudgmental, tell them what you did and hear them tell you it’s okay. It’s not okay forever, and it may not be really okay at all, but at least it’s managed for the time being. You don’t get rid of shame, but you manage it usually through talking about it. I think other forms of self-expression may work too.

If you look at my blog, “The Shame Diaries,” I recently put up a post about a time when I was obnoxious to a Starbucks barista. I was really ashamed of myself.  I felt much better after I wrote that post because I felt I had communicated it to someone.

Is there anything we can do to prevent bullying?

There’s no cure for bullying any more than there’s a cure for mean people, but there are societies and cultures around the world where school children don’t shoot each other. They’re more civil societies, and they often use a way of relating that we call “restorative practices,” which in trial implementations have produced remarkable results in reducing violent behavior.

Restorative practices have their root in the Mennonite community. One of the keystone practices is the restorative circle. Everyone is included in the process. Let’s say there’s a bullying incident where someone rips up someone else’s notebook. They gather in a  circle to symbolize the absence of hierarchy. The circle includes students who represent the school community, the bully, a trained facilitator and sometimes also the victim, depending on the situation. The victim talks to the bully about how this act affected them and what needs to be done to restore “rightness.” I describe this in detail in my book.

Now critics say it doesn’t do a lot of good to have people sit around and talk about their feelings. I would reply that it depends on how people talk about it and the circumstances of the event. It’s pretty clear that punishment accomplishes nothing except for further alienating the wrongdoer.