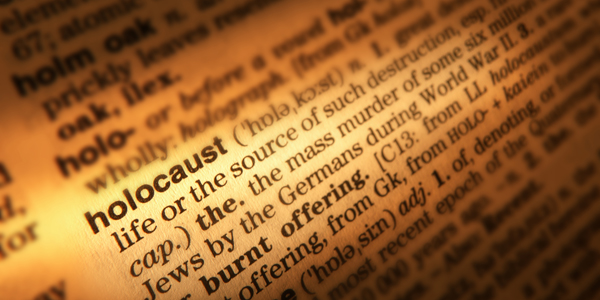 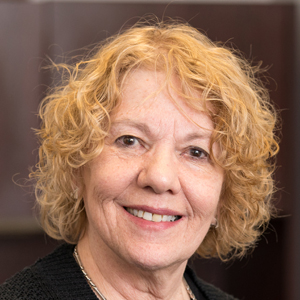 Holocaust literature will continue to serve as a central repository of trauma and memory for the generations who seek to learn the essentials of the Shoah. Narratives, poetry and testimonial literature offer the power and poignancy of a story of an individual, central to knowing that person.

Reading such literature will bring us as close as we can come to uncovering what survivors, whom we will no longer know, wanted us to comprehend.

Some literature offers additional clues, traces of lost lives that can guide readers to a richer, deeper understanding of survivors’ experiences and feelings. These traces include a focus on the remnants of an era, the belongings that mattered to the Jews. Such artifacts can illustrate a particular moment, illuminate an individual story and elucidate a specific detail of a broad historical narrative. Future study, which must seek to make this receding history both tangible and personal if it is to remain relevant, will embrace the literature that describes artifacts and their fates, because such accounts tell us something about the Jews’ ways of responding to the tragedy engulfing them when they themselves cannot.

As well, learning about such artifacts in the context of how Jews were trying to survive prompts essential questions that must arise from literature study and will encourage further scholarship, a goal more crucial as the event recedes. Using the tools of historical knowing—the habits of mind and the methods of questioning and close reading that guide scholars of literature as well as historians—we will be able to find in literary narrative the uses, meanings and fates of particular artifacts that would otherwise be lost to us, and, in so doing, find remnants of the people lost to us as well.

In this brief essay, one example must suffice. We can learn more about ghettoization, for instance, from literature about possessions that the Jews took with them when they were forced from their homes: what they thought was most useful and valuable; the torment they faced as the Nazis forced them into ever-smaller quarters, which dictated what belongings they could bring; the manner in which families moved their meager possessions from place to place; and what happened to the things they left behind. Literature offers several such chronicles that will become imperative in a future canon. Here is just one.

Wladyslaw Szlengel, whom Emanuel Ringelblum called “the poet of the ghetto” (Kassow, 2009, p. 316), wrote about the “Things” (“Rzeczy”) the Jews carried as they left their homes on “three of Warsaw’s best streets” (p. 316), forced into lesser but still serviceable quarters:

When the Germans condensed the ghetto and removed Sliska Street from its borders, then “from Sliska to Niska / again everything moved.” Now the Jews bring fewer things:

Bedding, pots—yessirree—
but already without rugs.
No sign of silverware,
no more cherry wine,
no suits, no featherbeds,
no little jars, no portraits.
All these trifles
left on Sliska . . . .

After deportations, again the Germans compress the Jews’ living space, now to “blocks”: “Factories where only those with work permits could live” (Aaron, 1990, p. 47). The poet continues:

No more furniture, no stools,
no pots, no bundles.
Lost are the teapots,
books, featherbeds, little jars.
To the devil went
the suits and knickknacks.
Dumped together in a rickshaw . . .
a valise and a coat,
a bottle of tea,
a bite of caramel.
On foot without wagons . . . .

The deportations continue; the Jews walk to Ostrowska Street, “an area of seven blocks into which the Jews were forced on September 6, 1942” (p. 47),

without big or small bundles,
without furniture or stools,
without rugs and teapots,
without silverware and little jars,
a valise in the hand,
a warm scarf . . . that’s it,
still a bottle of water,
a chunk of bread tied to suspenders,
things trampled underfoot—. . . (pp. 43–49).

This literature, through its recitation of Jewish “things” left behind, describes the ever-desperate plight of the ghetto Jews, whose chronicled loss of possessions “symbolized the loss of life’s anchors and ultimately life itself” (p. 47) more poignantly and intimately than could any paragraph in a history book. Our past captured contemporaneously in literature will become an ever-stronger part of our future study.

The world will be bereft when the eyewitnesses to this grim history are no longer with us. We may, though, take some small comfort in the knowledge that when survivors themselves can no longer speak, their literature will speak for them.

To give voice to the lost ones, to grant us the means to hear and to learn from them: This is the present of Holocaust literature, and surely its future as well.