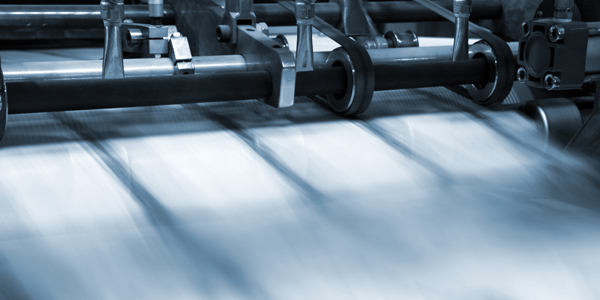 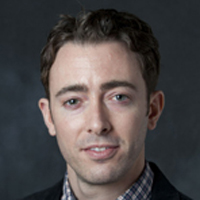 Writing at midcentury, Marcel Thomas, keeper in the Department of Manuscripts at the Bibliothèque nationale, surmised that “the new media of our age, broadcasting and the cinema, may help us grasp how ideas and works can be transmitted without passing through the medium of print.”(1) Scarcely six decades later, written culture seems even more contingent than Thomas had imagined.  The “new media of our age” now includes digital simulations of what we once only experienced as textual objects.

Because reading has almost always presupposed a sensory and tactile relationship to language and written form, it makes sense to ask whether we’ve arrived at a major turning point in the history of the book.  Perhaps the digital present has relegated the codex to a mechanical past, just as the introduction of movable type to early modern Europe occasioned a radical shift away from medieval forms of textual production, such as the bound manuscript book, an object encompassing the skilled labor of scribes, artisans, and craftsmen.

Indeed, early studies of the printing press singled out its role in the emergence of modernity.  Although scholars now criticize the teleological assumptions behind this argument, the pervasive changes brought about by revolutions in book production and printing technology are undeniable, even if those changes seem abstract from the standpoint of digital culture.  One obvious result is of course the very notion that the early modern world was materially distinct from previous historical periods.  For some humanists, it was precisely the vicissitudes of medieval manuscript production that made premodern texts and documents appear inauthentic, deceptive, or corrupt.  Renaissance philological and historical criticism enabled the recovery of classical learning but also helped expose medieval forgeries, as the Italian humanist Lorenzo Valla famously demonstrated in his systematic deconstruction of the so-called Donation of Constantine, a legal document recording the decision by emperor Constantine to grant the papacy dominion over the western provinces of the Roman empire.

First published in 1506, Valla’s critique of this notorious eighth-century forgery went beyond his immediate concern with the political power of the medieval church.  By complicating the assumption that Constantine’s reign had been “a crucial turning point in history,” to quote Robert Black, Valla also framed his own era as a legitimate instance of cultural change, different if no less significant in its long-range potential; this is perhaps most evident in his focus on the material contingencies of manuscripts, and the authority naively ascribed to them by medieval audiences.(2) Citing Josephus, he recounts the story of Jobal, the inventor of music who emblazoned his teachings on twin columns, one brick and the other stone, impervious to all change and decay.  “Did Constantine really sign a donation of the world only on papyrus and with ink?” Valla asks incredulously.(3)

In fact, rather than a radical break from the past, the fifteenth century, when Valla flourished, was an era in which it was difficult to imagine the printed book without reference to its antecedent material forms.  Many early printed books were fashioned to resemble manuscripts, employing typefaces that meticulously approximated handwritten script; or leaving select letters, such as initial capitals, to be ornamented by hand at a later stage of the production process; or even occasionally using vellum rather than paper (see, for example, the Gutenberg Bible on display at the Pierpont Morgan Library, in midtown).  In some cases, especially in reformist circles, printed documents were copied by hand and transmitted in manuscript form, only to be converted at a later point back into print; many works circulated in both forms simultaneously, and in roughly equal numbers.  Nor was manuscript culture entirely removed from the standardized production methods typical of the print era; the rise of guilds in late medieval urban areas meant that professional scribes and illustrators could readily collaborate in meeting customer demand.  The boundaries between historically specific technologies of writing and material form are not so easily discerned as our models for periodization sometimes assume—even less so, perhaps, from a modern vantage point that exalts technological innovation as the driving force of all social and cultural change.

Likewise, medieval ideas about the materiality of books and writing have profoundly shaped how we comprehend the digital present.  Premodern epistemologies of the written artifact supply concepts such as “searching,” “copying,” and “pasting,” all of which evoke the immersive experience of codex literacy, along with the material supplements authors and scribes devised to aid readers in navigating large or densely scripted volumes (e.g., paste-ins and other visual or textual cues).  These terms link modern reading practices to much earlier notions of matter, form, and substance.

This is not the first time in history, then, that the future of the book seems predicated on the eclipse of its material precursors.  But however disjunctive such changes may feel to those whose literacy was shaped under different circumstances, and to whatever degree all this might warrant thinking in terms of decisive historical “turning points,” it’s worth remembering that our dominant systems of representation and knowledge inhere in the concepts, terms, and categories of written culture—which, for the time being at least, still means the book.