For the second time in as many years, Yeshiva University men’s basketball player Benjy Ritholtz has earned one of the highest academic honors a college student-athlete can earn as the senior has been named a College Sports Information Directors of America (CoSIDA) / Capital One Academic All-American for the 2014-15 men’s basketball season. 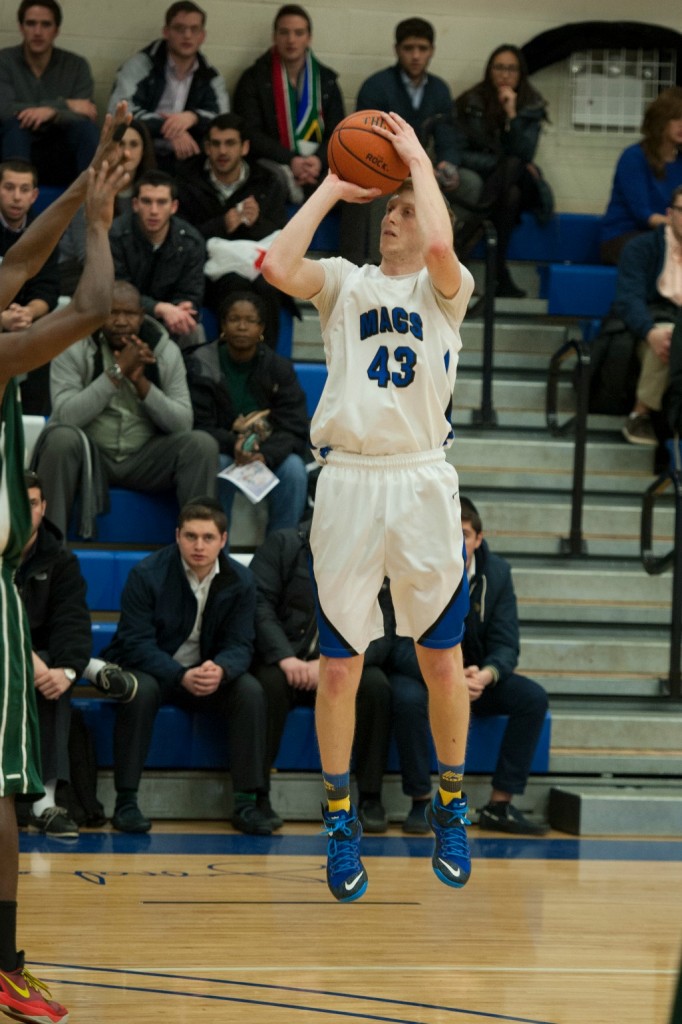 Ritholtz, who earned a spot on the CoSIDA / Capital One Academic All-American third team last year, earned a spot on the first team this year, and he became just the second student-athlete in Yeshiva University athletics history to earn the honor in back-to-back years (women’s basketball player Rebecca Yoshor earned the award during the 2012-13 and 2013-14 seasons). He is also the third student-athlete in Yeshiva University annals to ever earn the award (men’s basketball player Eric Davis was the first to receive it during the 1990-91 season).

The senior guard is in the midst of a magnificent season on the court. He has just come off a regular season where he led the team and Skyline Conference in points per game at 17.8 and three point field goals made with 58. He shot 46.5 percent (145-for-312) from the floor this regular season and connected on 40.6 percent (58-for-143) from behind the three point line. He also averaged 3.0 assists per game and 1.6 steals per game.

In the classroom, the history major has amassed a 3.97 grade point average and has aspirations to be a lawyer.