After 13 Years at the Helm, Outgoing Azrieli Dean Sheds Light on Advances in the Field 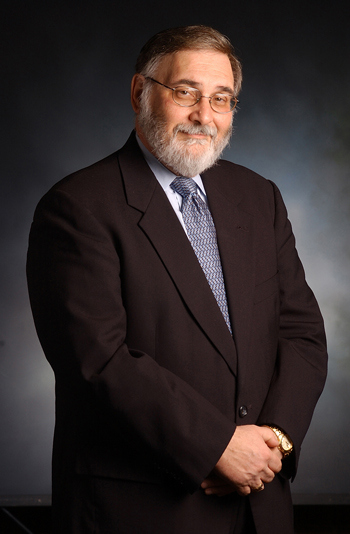 On June 30, Dr. David Schnall will step down after 13 years as dean of Yeshiva University’s Azrieli Graduate School of Jewish Education and Administration. An author and Fulbright Scholar, he expects to resume teaching and publishing at YU after a brief sabbatical. Schnall, who was recently named University Professor of Jewish Culture and Society, sat down with YU News to share his unique perspective and insight into the communal changes that are redefining the field of Jewish education and to discuss new frontiers for both the field and Azrieli.

Q: How have you seen the field of Jewish education change during your tenure as dean of Azrieli?

DS: To my mind, the focus of Jewish community life, particularly Orthodox Jewish life, has moved from social services and the synagogue to the school. The famous Mishna in Avot tells us that the world rests on three props: the study of Torah, prayer, and acts of mercy and compassion. It’s been suggested that Jews in the United States have accomplished all that, but in reverse order.

Though it should have been our first concern, it is only in the past generation that Torah, serious, intensive, full-time study of Jewish text and tradition for the young, has been given priority among the Jews of North America, or at least among those committed to Jewish life and its reinforcement into the next generation. Perhaps because of the various demographic studies, beginning with the Jewish Population Surveys of the 1990s, even those distant from our classic values have come to appreciate that yeshiva day school education is by far the best means of assuring Jewish identity and affiliation and combating assimilation. Today we count over 800 yeshivot and day schools, and some 250,000 students enrolled in full-time Jewish education.

In very practical terms, when parents pay tens of thousands of dollars for their children each year (and should be applauded and celebrated for making that commitment) they are making a profound investment in how their children are advancing. Whether they see them becoming talmidei chachamim [Torah scholars], entering Ivy League universities, or both, they want to know that they are being effectively prepared in return for tuition being expended. It’s not just a matter of cost, it’s also quality in return of investment.

And so there is an increased demand for training and credentialing. That means the expectation of substantive knowledge and content, of course. But greater rigor in study and religious training hasn’t always operated in tandem with the need for qualifications. The presumption that if one is effective in the beit midrash, he or she also will be a great teacher doesn’t always work out. In the extreme, we have witnessed unfortunate scandals because of the lack of qualifications and proper training. Clearly, there also must be an understanding of the psychology of learning, the nature of children and their differences, their social interactions and the culture of our schools and communities – alongside sensitivity to relations between teachers and students, teachers and teachers, teachers and parents and a broad-based commitment to professional ethics.

In response, every Azrieli graduate takes coursework in diverse needs and in differentiated instruction. They each must sit for the training in violence and sexual abuse prevention that is required of all public school teachers in New York. And they each are introduced to the use, and potential abuse, of technology in Jewish education.

Q: Tell us more about what has become known as the “tuition crisis” in Jewish education.

DS: The increased cost of Jewish education is related to the demands that parents make of the schools and the emergence of high-quality, well-trained professionals (notably Azrieli graduates) who deserve appropriate compensation for their efforts. I am on both sides of that line. I appreciate the concerns parents have for sustaining a proper Jewish lifestyle in the face of tuition costs topping $15,000 to $20,000 a year per child, especially given that Orthodox families tend to be larger. Moreover, for their tuition dollars, parents seek a host of services and expect that we respond to a variety of different learning styles and needs, all of which are important, but expensive.

Those who enter the field must be compensated appropriately. They deserve the kinds of benefits that are a given in virtually every other career, and they should share in opportunities for professional development and advancement, all of which are costly. We have responded with consultations regarding the creative use of technology, benchmarking, training in board development and increased efficiencies. But the two most likely sources to ameliorate this upward spiral are government and communal funding.

Regarding the first, those who oppose state aid are fearful of a threat to our democratic traditions should we tinker with the “wall of separation” that they claim is implicit in the first amendment to the Constitution. While I appreciate their concerns, I look to other Western democracies, Canada or England for example, which have a long-standing practice of support for parochial education. Their democracies do not appear threatened as a result.

In regard to the Jewish community, the advent of support from various family foundations alongside a growing financial commitment from Jewish Federations, are welcome developments. Yet I feel it incumbent upon local Jewish communities to fill the gap. From synagogue dues to tuition costs for teachers’ children and discounts at local kosher establishments, summer camps and holiday programs, it is more than time that a system of “chinukh benefits” accrue systematically to those who have chosen to forestall the material rewards available in other professions for the best interest of the Jewish future–undertaken not as an act of compassion kindness, but in support of Torah learning and its propagation.

Q: What role has Azrieli played in the emerging field of modern Jewish education?

DS: We have been on the forefront of research, something that was virtually unknown in Jewish education a generation ago—the idea that this is a field of legitimate research, in which we gather data and try to make data-driven decisions for the purposes of intervention. We have initiated at least half a dozen studies related to bullying and school culture, study in Israel, religion and spirituality in adolescence, and Hebrew language immersion. I am most excited about our upcoming initiative, which focuses on the intersection between Jewish education and positive psychology in pursuit of an effective means to teach and imprint middot [values and ethics]. These studies have generated doctoral dissertations and have been published in peer-reviewed journals, indicating that in addition to the practice of Jewish education we’re also interested in the science and theory of it. I’m very proud of the faculty for their partnership and for the challenges that they took on.

When I began Azrieli graduated 15 students. We now average about 60 students a year. That means there are some 700 of our graduates in positions of leadership throughout America, Israel and Europe. In addition to their own skills and expertise, they’re sensitive to the kinds of training and skills we produce in students here when they hire others. So it really has generated a network of people who come out of this tradition and are seeking others to fill those needs.

In recognition of the quality and the value of what we’ve done, we have garnered much philanthropic support. During my administration we were lucky enough to secure major grants from the Jim Joseph Foundation, the Gottesfeld Heller Foundation, the Straus Family, the Silverstein Family, the Rothman Family, and most recently a $10 million grant from our namesake, The Azrieli Foundation.

Yet my greatest satisfaction resides in the culture that we fostered here. Much is made of diversity in higher education and we have our own form at Azrieli. We have Ashkenazi students and Sephardim, we have US-born students and immigrants from Eastern Europe, Israel and the Middle East. We have foreign students from Canada, South Africa, Australia, Chile and Ethiopia. Moreover, we have students and grads affiliated with schools across the religious spectrum, from Conservative to ultra-Orthodox and Hassidic.

But the remarkable part is that we manage to treat each other with respect, to collaborate, to learn from each other and to share, all without the rancor, the tension and the ideological posturing that too often characterizes relationships within the Jewish community, and particularly within Orthodox life. This is one of the few places where that has happened.

DS: Perhaps the most exciting experiment is the advent of distance technology and the introduction of our online programs. Online programs provide the obvious benefit of access to those unable to come to our campus. We now have students in online coursework all over North America and other parts of the world. We also have faculty in remote locations, notably Israel.

There’s a message for our schools as well: opportunities for those in less accessible parts of the country to partner with others and work together through technology, to introduce initiatives that were simply unthinkable a generation ago, because now we can talk to each other from a distance. Learning can be asynchronous so we don’t worry about time zones.

At the local level, this is the fruition of the flipped classroom. Students do homework in class and then go home and listen to the teacher, rather than the other way around, on a video or through chat. It’s not even necessarily the teacher you’re learning from, but the engagement and interaction of all the other people in the class, at any time of the day or night.

What hasn’t happened is a greater confluence of the major institutions in local Jewish communities. I’d like to see synagogues, community centers and summer camps working together with schools to develop curricula and programming and to help build parenting skills. All of these are important agents of Jewish education that still operate separately and apart from each other. Despite the fact that board members of the shul and school are also rabbis in local communities or leaders in youth programs, somehow or another that isn’t the glue that brings it together.

Q: What’s next at Azrieli?

DS: I take great pride in the work of Dr. Rona Novick, professor and director of the Fanya Gottesfeld Heller Doctoral Program, who will succeed me as dean. Her research in bullying and school culture is singular and her expertise is recognized broadly. In particular, through her leadership we will launch a revolutionary doctoral program aimed at more fully developing the skills and talents of school and community leaders. This will be a blended program mixing online coursework with several residential encounters each year, focused on the very real needs of practicing educators, built around problem-based studies.

We will also begin a new accelerated track for semicha students in partnership with YU-affiliated Rabbi Isaac Elchanan Theological Seminary and Stern College for Women; and the expansion of our general education track, preparing holistic educators who can teach Shemot [the Book of Exodus] and Shakespeare, Halacha and history, Gemara and geometry.

As for myself, I intend to be available to my good friends and colleagues, even as I pursue and long-delayed research agenda and offer my services to programs and colleagues in other parts of Yeshiva University.