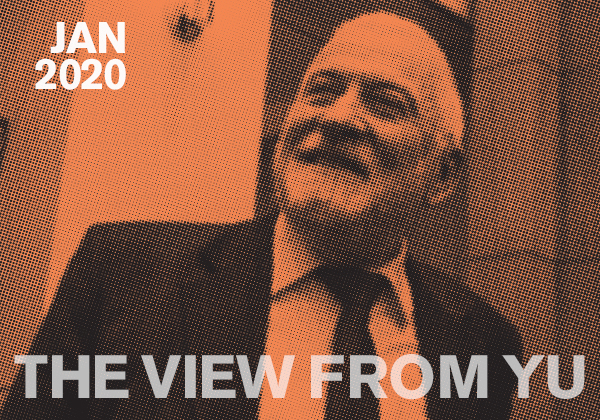 A Tribute to Yeshiva University

The Azrieli Foundation donated $18 Million to Yeshiva University at the 95th Annual Hanukkah Dinner and Convocation.

Students, staff members and roshei yeshiva [deans] participated in the various siyumim [gatherings celebrating the completion of a unit of Torah study] occurring in the United States and Israel.

Jews and Muslims came together at YU to discuss “Tradition and Modernity: Religious Identity and Civic Engagement in the United States.”

From the Locker Room to the Boardroom

Five former YU student-athletes spoke about how their athletic experiences shaped their careers.

YU in the News