On Sunday, October 31, 2021, more than 6,000 people around the globe joined together to celebrate the Chag HaSemikhah 5782 of the Yeshiva University-affiliated Rabbi Isaac Elchanan Theological Seminary (RIETS). This year’s ceremony recognized 147 new rabbinic graduates as they received their ordination in the hallowed halls of the Nathan Lamport Auditorium in Zysman Hall on the Wilf Campus.

The celebration, themed “Here to Lead: Celebrating the Next Generation of Rabbinic Leaders,” included Roshei Yeshiva, RIETS alumni, musmakhim, friends, and family both in person and via livestream. The new musmakhim join the more than 3,000 RIETS alumni who have gone on to become distinguished rabbis, scholars, educators and leaders worldwide. Many of this year’s honorees were children or grandchildren of RIETS alumni.

“This is a moment when we truly need YU rabbis,” said Rabbi Dr. Ari Berman, President of Yeshiva University. “In so many ways today, it feels like we are living in uncharted waters without a map. Of course, for us, even when there is no map, we know we have a compass. For our Torah values are our compass, and they enable us to navigate through all times, even the most challenging. But we need the people who are carrying that compass, the leaders who will stand at the crossroads, who will model the core Torah values, comforting, loving and guiding the next generation on the road ahead.”

The rabbinic graduates of the 2018-2020 (5778-5780) classes make up an internationally diverse group, hailing from five continents and more than 50 North American cities. While most of the musmakhim have taken on full-time positions since receiving semikha [rabbinic ordination], such as in Jewish education, the pulpit, outreach or nonprofit management, many are pursuing careers in other professions, including medicine, dentistry, law and actuarial science, or pursuing their Ph.D.s. As rabbinical students, they received extensive training by renowned experts and rabbis in areas critical for public leadership positions, such as pastoral psychology, public speaking and community building. The expansive RIETS curriculum prepares rabbis in ancient and contemporary issues as well as provides programs that include mental health support to help manage the stresses and challenges of public service life.

“The Chag HaSemikhah is an opportunity to connect to our past—the great mesorah that has brought us to this day—and to see our future – the rabbinic leadership of tomorrow sitting in the front rows of Lamport Auditorium,” said Rabbi Menachem Penner, the Max and Marion Grill Dean of RIETS. “This celebration of RIETS musmakhim recognizes both the enormous commitment of Torah learning and attention to personal growth demanded of each student as well as the profound and positive influence they will have on communities around the world in the years to come. This is a rare opportunity to witness the future leadership of our broader Jewish community standing together in one room with their teachers and mentors, their families and their fellow classmates.”

The day began with a Hachnasat Sefer Torah dedicated by Rabbi Joel M. Schreiber, Chairman Emeritus, RIETS Board of Trustees, and his family. Together with his family, YU students, Roshei Yeshiva and alumni, the Torah was danced to the Glueck Beit Midrash at the Jacob and Dreizel Glueck Center for Jewish Study.

During the Chag HaSemikhah ceremony, Rabbi Schreiber was honored with the Eitz Chaim Award, the highest honor given to a lay leader. The award recognizes RIETS’ steadfast supporters, whose dedicated leadership have sustained and transformed the Yeshiva and countless institutions. Rabbi Schreiber is internationally renowned through his work with the Orthodox Union, the American Zionist Movement and Yeshivot Bnei Akiva, and his family’s sponsorship of the Aaron and Blanche Schreiber Torah Tours has allowed YU students to impact the lives of fellow Jews across North America.

“To be honored for performing an act of love is more than one can expect and humbles one. RIETS and my years there have influenced my life and I am very grateful,” noted Rabbi Schreiber as he accepted the award.

Lance Hirt, Chairman of the RIETS Board, said, “I just want to thank Rabbi Schreiber for so many years of leadership and for continuing to be our friend, our mentor and our most critical link to the foundations of this Yeshiva. He represents a group of trustees of this institution who are musmakhim of Rav Joseph B. Soloveitchik and who have taken upon themselves the responsibility to perpetuate the Rav’s Torah. What a brakha it has been to have Rabbi Joel Schreiber in our lives.”

A special memorial tribute was held in honor of RIETS leadership who passed away since the last Chag HaSemikhah, including Rabbi Dr. Norman Lamm zt”l, Rabbi Hyman Arbesfeld zt”l, Rabbi Dr. Moshe Tendler zt”l, and Rabbi Ozer Glicksman zt”l. The celebration of the newly ordained rabbanim continued with dancing down Amsterdam Avenue, and it concluded with an outdoor collation outside the Glueck Beit Midrash, right in the heart of the Wilf Campus. 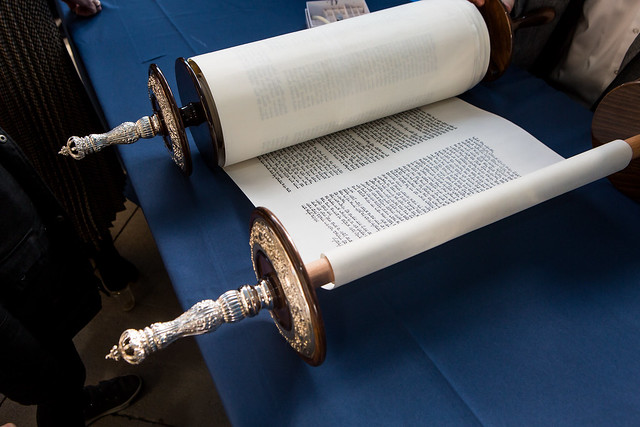