Getting The Word Out About Positive, Joyous Jewish Experiences 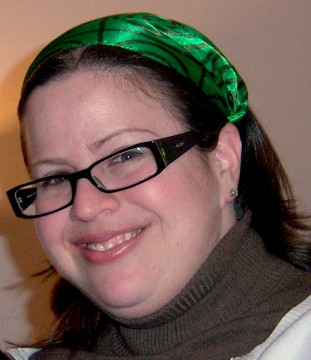 Susanne Goldstone Rosenhouse ’02S is the social media coordinator for NJOP (formerly known as the National Jewish Outreach Program), a position she has held since 2008. NJOP’s mission, according to their website, is to engage “North American Jewry in positive, joyous Jewish experiences,” and when Rosenhouse heard there was an opening at NJOP, “I jumped at it,” she said. “I loved the idea of helping provide Jewish educational opportunities to every Jew who wanted one.”

Her work at NJOP is a good fit with her activities at Stern College. She grew up in Huntington Beach, California (also known as Surf City USA), and was inclined to attend the University of California at Los Angeles so she could support her beloved Bruins. “But finding a college in a completely different city,” she said, “was very intriguing to me, and the thought of living in midtown Manhattan was fascinating and a huge draw.”

In 1998, she traveled from what she calls her “secular home” to spend time with friends already attending Stern College. “I loved the idea of the dual curriculum, essentially being forced to take my Jewish learning seriously,” she said. “This was before any mechina program had been established at Stern.”

When she arrived in New York City that fall, “I simply took beginner courses in Hebrew, Bible and Jewish law, and relied on my new friends/mentors to help show me the ropes of Jewish observance. Coming to YU was a completely transformative experience in my life. I became an Orthodox Jew during my time on campus.”

“I was involved in so many things on campus, and I loved them all,” she said. This included student government, the Lady Macs basketball team, Yeshiva University National Model United Nations, and peer advising during orientation, to name just a few. This is where her nascent social media skills kicked in. As the student council’s corresponding secretary, “I was tasked with getting the word out about all of our events. [In those pre-Facebook days], I spent almost every day standing on a chair in the caf screaming to get everyone’s attention so I could tell them about the really cool event we had planned for the upcoming Thursday night. This is how most of my fellow alums who I bump into every now and then remember me: standing on a chair in the caf.”

Her ability to get the word out, along with her political science major and her participation in the Model United Nations programs, led her to consider several career paths, including international relations, diplomacy, lobbying/advocating for women’s and children’s rights, and being a lawyer (“though I decided law school was not a good fit for me”).

But it was a combination of two things led her to work in kiruv [Jewish outreach]. As a child, she felt nourished and excited when she attended a Gan Israel day camp. “I met friends and counselors with strong Jewish educations—this inspired my thirst for more Jewish learning, not only in my own life but also the wish for it to be accessible to all Jews.” The second part of the combination was Stern College itself, where “I immediately connected with people, fellow students, teachers and rabbis who nurtured my love for Judaism.”

“These two experiences,” she said, “helped me realize that every Jew needs his or her own entry point, a place to access an opportunity to have their spark lit, whether it is attending Jewish camp, taking a Hebrew class at your synagogue or visiting Israel. Being able to work for an organization [like NJOP],” she added, “that creates experiences and opportunities for Jewish people—to ‘do Jewish’—was right up my alley.”

Of the social media platforms she manages, “I love Twitter. I was an early adopter of the social network, and the organization I represent (as @JewishTweets) was one of the first Jewish groups to really embrace the site and see the potential of connecting with a whole new audience through social media.”

On Twitter, she fields questions about Jewish observance, teaches about Jewish law and finds creative ways to connect with the Jews using the service. “Social media is about listening to and engaging with your audiences even more than it is about broadcasting your own messages. And Twitter is a great platform for that kind of interaction.”

The social media challenge in 2016 is that “the digital space is so crowded now, and social media is constantly changing, with new networks being created all the time.” Just as important as getting out the message is “to figure out which will work best for you to fulfill your goals and not spend too much time moving on to every new buzzworthy thing.” 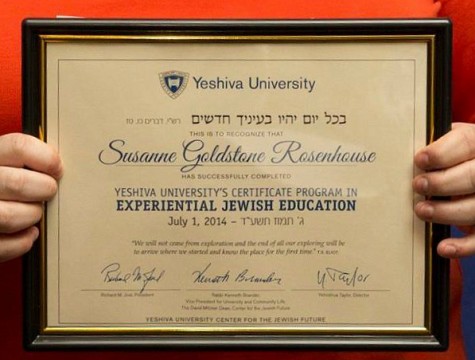 She attributes part of her success as a social media manager to having taken the YU Certificate Program in Experiential Jewish Education in 2013, which, according to its website, “trains outstanding Jewish educators to reimagine and professionalize the scope and impact this field has on the Jewish community.” “I was able to take the skills I learned there and find creative ways to apply them to education in the digital space, to create ‘experiences’ for my online audience rather than simply sharing content and having conversations with them.”

Rosenhouse continually draws from many sources to do her work, such as leading panel discussions at the SXSW Interactive Festival in Austin, Texas, on the topics of religion and social media. “I am always trying to gain inspiration,” she said, “and network with other innovators who work in the digital space.”