With our academic year underway, we look to our Core Torah Values (featured prominently on our campus) to continue to guide us through these changing times: Truth, Life, Infinite Human Worth, Compassion and Redemption. They are what set Yeshiva University apart, and they are our compass that guides our mission as the Flagship Jewish University.

In this issue of the View from YU, you will read news items that reflect our four strategic pillars: Values and Leadership, Entrepreneurship and Innovation, Science and Technology and Great Jobs and Impactful Careers.

Values and Leadership were brought to life as thousands came together, in person and via livestream, for the ordination of 147 new rabbis from RIETS, joining the more than 3,000 RIETS alumni who are now serving in distinguished positions around the globe. Of note is the University’s recent announcement of the creation of the Rabbi Lord Jonathan Sacks Center for Values and Leadership founded by Terri and Andrew Herenstein. The Center underscores our commitment at YU to educate the next generation of leaders.

The spirit of Entrepreneurship and Innovation continues to be instilled in our students as the YU Innovation Lab, now in its third year of operation, welcomed a new cohort of startups. These companies will partner with our undergraduates and faculty to establish themselves in the United States and international markets.

On the forefront of Science and Technology, Dr. Paul Russo, dean of the Katz School and vice provost, spoke at an international cybersecurity summit, while other faculty members from across the University continue to win impressive grants and publish in prestigious journals.

In its mission to generate Great Jobs and Impactful Careers, the Shevet Glaubach Center for Career Strategy and Professional Development has launched an innovative career service through its Communities and Partnerships for Success Program and continues to offer events and programming that opens doors for our students.

Our devotion to the Core Torah Values, along with our focus on our four strategic pillars, has led to the recognition of YU as one of the top universities in the United States. This year, we climbed in the U.S. News & World Report Best College Rankings to #68, moving up 29 spots in the last two years.

In this period of giving thanks, we are grateful for all of our students, faculty, administrators and lay leaders who have helped our continued progress, moving YU into its next great era. 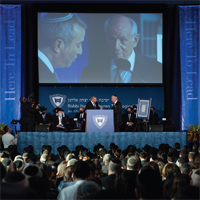 On Sunday, October 31, 2021, more than 6,000 people around the globe joined together to celebrate the Chag HaSemikhah 5782 of Yeshiva University’s Rabbi Isaac Elchanan Theological Seminary (RIETS). This year’s ceremony recognized 147 new rabbinic graduates as they received their ordination.

The celebration, themed “Here to Lead: Celebrating the Next Generation of Rabbinic Leaders,” included Roshei Yeshiva, RIETS alumni, musmakhim, friends and family both in person and via livestream. The new musmakhim join the more than 3,000 RIETS alumni who have gone on to become distinguished rabbis, scholars, educators and leaders worldwide. Read more»

The Rabbi Lord Jonathan Sacks Center for Values and Leadership (the Sacks-Herenstein Center) will be dedicated to the dissemination of Rabbi Sacks’ leadership lessons and values in classrooms across communities and through public discussion.

In the spirit of Rabbi Sacks, the Center will educate students, communal leaders, teachers, executives and authors using the timeless teachings of Judaism’s spirit, embodying our Core Torah Values and applying Jewish wisdom in addressing the challenges of our era, both within the Jewish community and beyond. Read more»

On Wednesday, October 20, 2021, His Excellency Sheikh Dr. Mohammad Al-Issa, secretary general of the Muslim World League, visited Yeshiva University to participate in “Jews and Muslims: A Look Toward the Future,” the inaugural conversation in the Presidential Forum series, in which Yeshiva University president Rabbi Dr. Ari Berman engages with the global leaders and voices who are shaping today’s world. After a private lunch between Dr. Al-Issa, Rabbi Berman and some close friends of Yeshiva University, Rabbi Berman and Dr. Al-Issa sat down to discuss the growing relationships between Muslim and Jewish communities across the globe to a contingent of faculty, staff and students. Read more»

Led by Professor Betsy Ginsberg, the student-run clinic won a major settlement that will improve the conditions of incarcerated individuals on death row at Louisiana’s Angola State Prison. Read more»

Holocaust Remembrance Around the World

This monthly video series from the Emil A. and Jenny Fish Center for Holocaust and Genocide Studies focuses on how active champions of tolerance and remembrance are shaping Holocaust memory around the globe. The series has featured among others Reverend Makoto Otsuka from the Holocaust Education Center in Fukuyama, Japan and Sue Hampel, co-president of the Jewish Holocaust Centre in Melbourne, Australia. Read more»

YU Ranked as One of the Top Universities

In the 2022 U.S. News & World Report Best College Rankings, YU climbed to #68, moving up 29 spots in the last two years. The University also placed #33 in the Best Value Schools category, up from #54 last year. Read more»

Established in 2008 to help YU students meet their life mates, YUConnects is now a global resource that has helped 10,000 Orthodox Jewish singles connect through an online dating platform and support services. Read more»

The Global Leaders Dialogue kicked off on Wednesday, October 6, 2021, with Danny Danon, Israel’s former ambassador to the United Nations, addressing YU Honors students at two separate events: a luncheon at Wilf followed by a dinner at Beren. At the latter, Nazee Moinian, a fellow at the Middle East Institute, interviewed Danon on topics that included Iran, Israel and the Middle East. This series will feature the perspectives of global leaders for the YU community through upcoming events hosted by Danon.

Dr. Paul Russo, dean of the Katz School and vice provost, and Sivan Tehila, director of the Katz School’s cybersecurity master’s programs, were panelists on Wednesday, October 20, 2021, at Cybertech NYC, an international summit featuring thought leaders in the cyber industry. Dr. Russo and Tehila offered their expertise and insights on a variety of topics, from resilience and disinformation to talent development. Read more»

Dr. Elizabeth Seng, associate professor at Ferkauf and research associate professor at Einstein College of Medicine, will receive a $1.8 million grant over four years from the National Institutes for Health/National Center for Complementary and Integrative Health to study mindfulness therapy for migraine. Read more»

New Research Furthers the Study of Neurodegeneration in Humans

Dr. Josefa Steinhauer recently published research in PLOS ONE examining how a fruit fly can be used as a model to understand what goes wrong in patients with variants of the gene causing neurodegeneration and parkinsonism. Nine YU undergraduates contributed to the original research. Read more»

Growmics: A Startup in Plant Genomics 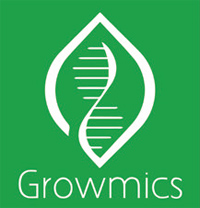 Recent alumni from the Katz School’s Biotechnology Management and Entrepreneurship master’s program are in the process of launching a company called Growmics, which will supply kits for plant genomics studies to academia, industry and the agricultural sector.

The Shevet Glaubach Center for Career Strategy and Professional Development has launched a new service for students to explore and expand career opportunities outside their majors. Through the Communities and Partnerships for Success program, undergraduates can connect with 10 unique industry-focused groups relevant to their professional interests. Each group provides tailored industry resources and programs as well as access to designated alumni,
industry leaders and faculty advisers.

Getting Ahead in Tech

Professor Rebecca Ingber has been named Counselor on International Law with the Office of the Legal Adviser at the U.S. Department of State. She will provide counsel to the Secretary of State and advise the National Security Council and the President on the international and domestic law aspects of policy positions and plans. Read more»

Dr. Lea Ferreira dos Santos, professor and chair of the YU physics department, in partnership with Yale University, received a three-year award of $325,344 for a project titled “CCI Phase I: NSF Center for Quantum Dynamics on Modular Quantum Devices (CQD-MQD).” This is the third award Dr. Santos has received in the past two years. Read more»

Dr. Marian Gidea, chair of the mathematics department at the Katz School, has been appointed to the National Science Foundation as a program director in the Mathematical Science Division. This distinction is awarded only to the most accomplished researchers in their respective fields. In this annually rotating role, Dr. Gidea will be guiding and evaluating research at the national level. Read more»

More than 75 alumni from the classes of 1970 and 1971 joined forces on Sunday, October 17, 2021, for their 50th reunion. On hand for the 90-minute virtual program were Dr. Karen Bacon and President Berman, who presented the YU Shield Award to Ira Jaskoll ’71YC, former dean of the Sy Syms School of Business.

On Thursday, October 14, 2021, the Young Alumni Council held its first in-person event at Lincoln Square Synagogue. Attendance was higher than expected, with more than 150 alumni reconnecting with their classmates for a night of fun. Composed of YU graduates from the past seven years, the Council is focused on keeping recent alumni engaged with the YU community.

A seminal figure in the domain of medical ethics and Jewish law, Rabbi Tendler was a graduate of the Talmudical Academy (now MTA) and RIETS, a longtime RIETS Rosh Yeshiva and a professor of biology and medical ethics at Yeshiva College, having earned his Ph.D. in microbiology from Columbia University. He taught generations of YU students how to interpret the biological sciences through the lens of the Torah and lectured and published widely on topics such as brain death, organ donation, fertility procedures and stem cell research. He was the first rabbi of the Community Synagogue of Monsey, which he led for more than 50 years. His wife, Rebbetzin Shifra Tendler a”h, predeceased him in 2007. He is survived by his eight children and more than 200 grandchildren and great-grandchildren.

Rabbi Eliach set the standard for excellence and commitment in Jewish education by being a legendary innovator in the Modern Orthodox yeshiva movement. He began his career in the 1940s teaching orphaned children and later became a decadeslong principal and leader at the Yeshivah of Flatbush, an adjunct assistant professor at Azrieli, and a 1987 recipient of an honorary doctor of pedagogy from YU. His wife, Yaffa Eliach a”h, who died in 2016, was a pioneering Holocaust historian. She founded the Center for Holocaust Studies at CUNY and was responsible for the “Tower of Life” exhibit at the National Holocaust Museum in Washington, D.C. He is survived by his son Rabbi Yotav Eliach (’75YUHS), principal of Rambam Mesivta in Lawrence, New York; his daughter Smadar Rosensweig, a Stern College professor of Bible; and his son-in-law Rabbi Michael Rosensweig, a Rosh Yeshiva and Rosh Kollel in RIETS. 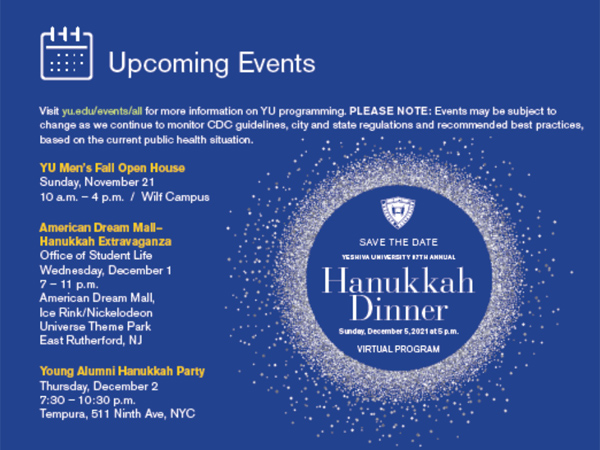