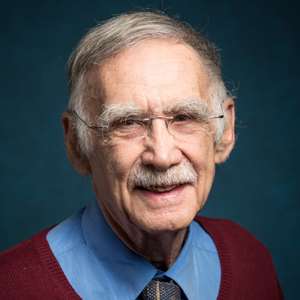 Where do you think the co-founder of the NYC Marathon has an office?

Not in Queens, the Bronx, Brooklyn, Staten Island or even mid-Manhattan, nor anywhere along the route where thousands of participants race each year.

It’s in Furst Hall, Room 026B, on the Wilf Campus of Yeshiva University, also known as the office of biology professor Vincent Chiappetta.

In that office are pictures from the days when Chiappetta was creating what would become the most well-known and respected marathon in the world. His office is a fascinating blend of marathon memorabilia and the world of science.

His love for running started in the 1950s, oddly enough, on the basketball court. He and two friends made the team at James Monroe High School in the Bronx, but before long, “the coach threw us out,” probably due to politics, he adds. He switched to the track team, which he felt had a much nicer coach, and stayed on the team because “a smart coach can make all the difference.”

He took his love for running, supported by an academic scholarship, to New York University, then located in his home neighborhood of the Bronx. When not studying for his bachelor’s and master’s degrees in philosophy, he went running near Yankee Stadium, where he met members of a local roadrunners group. In 1958, he helped found the New York Road Runners Club, the local branch of the Road Runners Club of America (now known as the New York Road Runners or NYRR). His motivation for founding the group was quintessential Chiappetta: “I got involved because I didn’t like the existing rules of the sport; the rules were against the athlete.” Before long, the club went national, organizing races throughout the United States.

He continued his involvement in the administrative side of running, along with his active competitive running. Eventually, he became the president of the organization and the Roadrunners Club of America. Soon after, he received a phone call from someone named Fred Lebow. “Fred was just a guy who liked to run,” and he asked me ‘why aren’t you running in Central Park’?” Chiappetta also felt it was a perfect place to run, but said John Lindsay, the then-mayor of New York City, was against it.

The word “no” was not in either Chiappetta’s or Lebow’s vocabulary, so, with much persistence, chutzpah and the help of local politicians, they cut through the red tape and were finally able to form the New York City Marathon and run it through the famed park.

Chiappetta worked intensely to get many unnecessary regulations changed, including the one prohibiting women to participate with the same set of rules as men. “We encouraged women to join us and helped break the ice for them. The women who ran with us were true pioneers,” he said.  In the early 1970s, women were not treated equally by other running organizations, and it wasn’t until 1972 that the rule was changed allowing women to run in the marathon in an official capacity. Nevertheless, women were still required to start their race ten minutes before the men.

Chiappetta and his fellow organizers in the Roadrunners Club would have none of that: “Our philosophy was that running was for everyone.” He admires those female pioneers and enjoys telling the story of what happened in the 1972 race. “The gun went off ten minutes early to start the women’s race, but instead, the women sat down at the starting line in protest, holding signs demanding equal treatment.” The protest was quite a hit, making waves inside and outside the running community.

Throughout his years of running and founding the marathon, he’s been teaching at YU, starting in 1974 and teaching biology, chemistry and physics. “YU was using my books,” he said, so it made perfect sense to teach here (he’s written a biology book, two lab manuals and a book of poetry with artwork, New York As We Know It, that was published in 2017). He was also the first track and cross-country coach at Yeshiva and started its running team in 1981.

Chiappetta credits the success of the marathon to four reasons: “It takes place in the greatest city in the world, we do a good job, we have great volunteers and it’s open to everyone.” In fact, over 100,000 runners have applied to run in this year’s race.

Even though he no longer runs in the marathon, he’s very much a proud spectator, watching the race each year from the stands. “I get so much joy watching so many people just enjoying themselves. The people who run in it now are just as enthusiastic as we were back in the 1970s.” And he still keeps up his own regimen. At least four days a week, people can catch him pounding the pavement in Van Cortlandt Park in the Bronx.

So, the next time you’re on the Wilf campus, stop by Room 026B in Furst Hall and meet one of YU’s most popular bio teachers and the co-founder of the New York City Marathon. Turns out, it’s the same guy.

In a recent interview with the BBC program “Sporting Witness,” he speaks about the famed protest in 1972 by women. 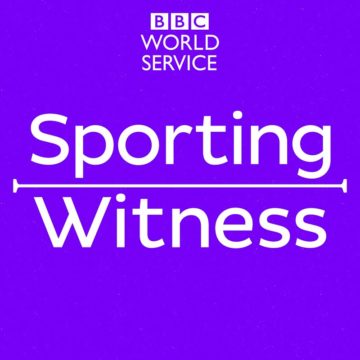