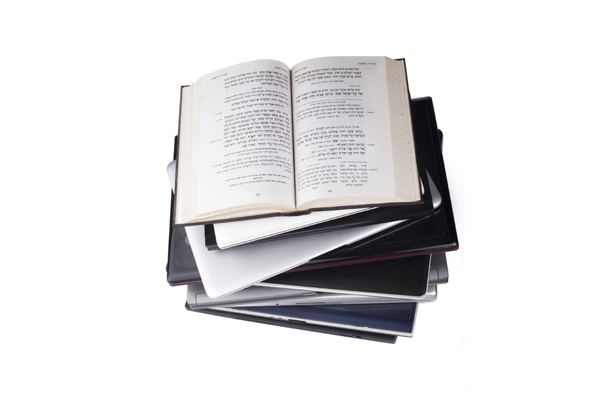 We usually discuss issues of ownership in legal terms. This holds true whether we are talking about land, movables or intellectual property. It is important, however, especially from the perspective of Jewish law, to view the concept of ownership through a theological lens as well. Do we really own our property, or for that matter, our ideas?

The Mishnah (Avot 3:8) declares: “Give Him from His own, for you and your possessions are His. And so has David said, ‘For everything is from You, and from Your own we have given You’ (Chronicles I 29:14).” The medieval commentator R. Jonah of Gerondi explains that we do not truly own our possessions. Rather, they are given to us by God as a deposit to be guarded. Even though normally a guardian may not make personal use of a deposit, God has granted us the use of our wealth to meet all our needs.

However, the primary obligation of the guardian is to see to it that the deposit is used in accordance with the will of the depositor. It is the belief in God’s absolute ownership of the material world that should engender a spirit of generosity and charity with one’s wealth. If this generosity is not forthcoming, the Talmud (Ketubot 49b) states that the Jewish court may assess a person’s property and force them to donate an appropriate amount to charity.

The spirit of generosity and charity also encompasses the conveying of knowledge and sharing of wisdom. R. Moses Isserles (Hoshen Mishpat 292:20) rules that the Jewish court may force someone to lend books to his neighbors when no other books for study are available. R. Elijah of Vilna (ad loc. #47) identifies the Talmudic source for this ruling. Ketubot 50a presents two interpretations of the verse “wealth and riches are in his house and his charity endures forever” (Psalms 112:3). Either it refers to one who learns Torah and then teaches it to others, or to one who copies Bible scrolls and lends them to others to use. R. Elijah elaborates: since teaching and lending texts constitute forms of charity, and since it was already established that the Jewish court may compel the giving of charity, R. Isserles’ ruling that we can force the owner to lend out his books follows logically.

The value of sharing knowledge with others is not limited to Torah learning. Just as the Talmud (Berakhot 58a) formulates a blessing upon seeing a Torah scholar (“Who apportioned of His knowledge to those who fear Him”), so, too, it formulates a blessing upon seeing a secular scholar (“Who has given of His knowledge to human beings”). All forms of wisdom emanate from God, and where the spirit of charity would be served, it follows that any form of wisdom should be shared generously.

With the advent of the digital age, the ability to make scholarly research available to a global community creates a unique opportunity for generosity. From the perspective of Jewish law, this may create a formal religious obligation as well. R. Moshe Feinstein (Introduction, Dibrot Moshe, Bava Kamma) writes that the mitzvah of teaching Torah obligates Torah scholars to publish their research and insights for two reasons: to spread their knowledge to the widest possible audience and to prevent their research from becoming lost or forgotten. It follows that a Torah scholar who does not make his work available via electronic media diminishes his fulfillment of the commandment to teach Torah.

Jewish legal sources address the question of intellectual property rights extensively, including important issues such as reward for effort, return on investment and scholars’ need to support themselves. The Torah recognizes that it would be unfair and irresponsible to deny scholars the material benefit of their hard work.

However, Jewish law also seeks to mold attitudes and encourage positive behaviors. Acknowledging that God grants our intellectual achievements should lead to a spirit of generosity and a willingness, within reason, to share our knowledge and insight with others. Digital platforms make this generosity more attainable and more impactful.