In his celebrated poem “To You,” Walt Whitman wrote, “None have understood you, but I understand you.” The line, an example of Whitman’s trademark empathy with America’s culturally diverse working class, has hit home for countless readers over the years. For a group of early 20th-century Jewish immigrants, however, Whitman’s understanding became the inspiration for a new fusion of American and Yiddish literature—a body of work Dr. Matthew Miller, assistant professor of English at Yeshiva University’s Stern College for Women, is hoping to bring to light. 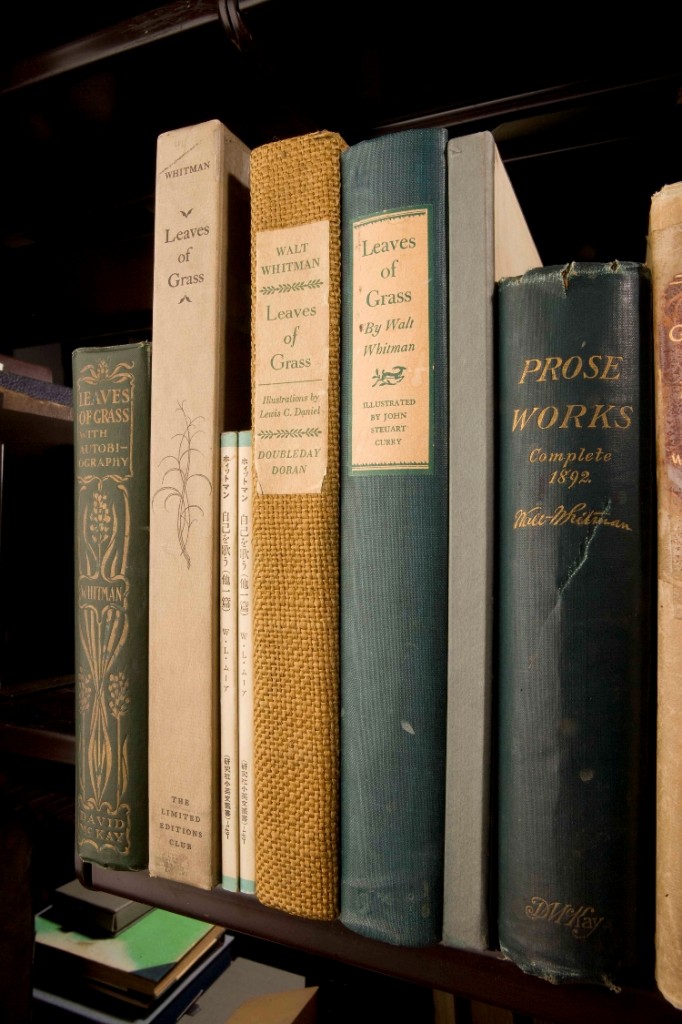 In 1940, the Yiddish-American poet Louis Miller wrote a Yiddish translation of Whitman’s Leaves of Grass, which he titled Lider: fun bukh: bleter groz. Yiddish writers had already published a number of American authors in translation, but Whitman’s work was a popular subject for translation and literary criticism alike.

“Artistically inclined Jews who were culturally swayed and moved and wanted to contribute to the cultural development of their immigrant roots were interested in Whitman because he provided an alternate model of how to participate in the American literary tradition,” explained Dr. Miller. Unlike other popular American poets who were known to express anti-Semitic tendencies, such as T.S. Eliot or Ezra Pound, Whitman referenced Jews without judgment in his major works.

“He didn’t know a lot about Jews or Judaism,” said Dr. Miller, “but he was always respectful and tolerant, which gave Yiddish writers an entry point into American literature and culture that was more agreeable in terms of politics and cultural outlook on Jews.”

Louis Miller’s translation, which offered the most substantial and thorough collection of his work to date, deeply impacted these Jewish American writing groups. But bleter groz went out of print years ago and is nearly forgotten, along with many critical works by the Yiddish writers.

Dr. Miller is working to change that. With the help of student interns and the Walt Whitman Archive, where he is senior assistant editor, Dr. Miller is creating an online digital edition of bleter groz. The translation will be available on the Web for free and fully searchable as a resource for scholars, Yiddish language enthusiasts and Whitman fans alike.

“For me, the most interesting part of working on this project was to see the Jewish desire to study and appreciate Whitman’s work,” said Shana Singer ’11S, who is Dr. Miller’s first intern. A computer science major, she became interested in the project when Dr. Miller mentioned it on her first day in his American Lit course. He was looking for students who possessed computer skills but also familiarity with Yiddish, which Singer had cultivated throughout her elementary and high school years. “I learned how to read and write Yiddish and studied the discourses and teachings of the Lubavitcher Rebbe, many of which were composed in Yiddish,” she said. “My father speaks Yiddish as well, so I was exposed to the language growing up.”

Like Dr. Miller, Singer’s work with bleter groz led her to believe that for some Jews, reading and connecting to Whitman’s poetry helped them integrate into American society. “Many of Whitman’s poems focused on the struggling lower class and immigrants, themes that immigrant Jews could relate to,” said Singer. “To properly study and enjoy the works of America’s most prominent writer of the times, they translated Whitman into Yiddish.”

“The work of these poets sheds light on a fascinating corner of American literary history, one that’s been more or less ignored by scholars,” said Dr. Miller. “These writers produced many books of poetry and many translations in Yiddish. They were artists looking to be recognized as part of a larger community of writers, and as such artists often do, they aligned themselves with other great writers to declare a kind of lineage which would lend them authority and credibility. They used Whitman in that way.”

Dr. Miller first considered bringing bleter groz to the online community in a conversation with Whitman Archive chief editors Ed Folsom and Kenneth Price. “Our idea was to take advantage of the rare opportunity to work with undergraduate students who had Yiddish language competence at YU,” he said. Dr. Miller hopes the project will play a role in the growing Yiddish revival movement. “Having learned a little about the way the Holocaust destroyed Yiddish, I feel this work is very important and worthwhile,” he said.