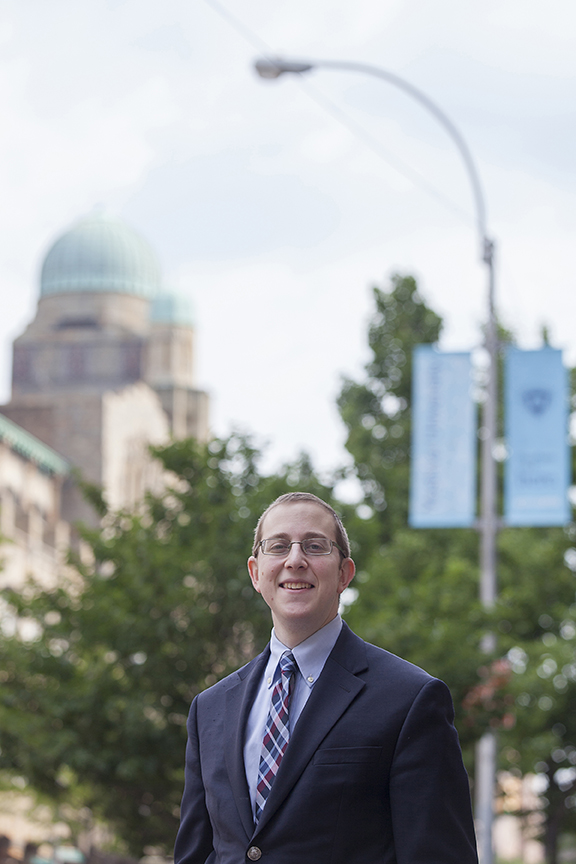 What’s so great about living forever?

It may seem like a no-brainer, but Dr. Aaron Segal, assistant professor of philosophy at Yeshiva University’s Yeshiva College, isn’t convinced. While the pros and cons of immortality have been heatedly debated in the philosophical community for thousands of years—If we could extend our lives indefinitely, should we? If living is good, is living longer better?—the qualities that make immortality desirable haven’t been clearly defined.

“The arguments that have been offered are usually arguments that attempt to show that there is something wrong or bad about us being immortal, like we would be terminally bored or not able to value what makes life meaningful,” said Segal. But he believes there is a more basic question philosophers have yet to answer: What would make immortal life so great in and of itself that couldn’t be achieved, at least in theory, during a more limited lifetime?

Segal’s answer, in a nutshell, is: nothing.

“In my work, I ask if there’s something desirable about immortality that isn’t in principle available to someone who’s just a mere mortal, and I intend to argue that the answer is no, there’s nothing you get out of immortal life that you couldn’t get in a mortal life, at least in principle,” said Segal.

Segal’s revolutionary premise has been awarded an extremely competitive $34,500 grant from the Immortality Project at the University of California-Riverside, funded by the John Templeton Foundation and directed by celebrated philosopher Dr. John Martin Fischer, Distinguished Professor of Philosophy at Riverside. The Project seeks to foster discussions on the science, philosophy and theology of immortality. The grant will support Segal as he seeks to explore and answer this issue in a paper titled, “Why Live Forever?”, to be presented at a capstone conference at Riverside next June.

In his investigation of the issue, Segal will employ metaphysics and advanced mathematics related to the concept of infinity, tools rarely applied to the philosophical study of immortality. In particular, he’ll draw on the branch of mathematics known as “measure theory” to support his claim that any virtue of immortality is not about the life that’s lived but things external to it. He is also designing a Yeshiva College course, “Mortality, Immortality and Meaning,” which will introduce students to the larger context of the philosophical discussion next fall.

“Questions like ‘Does death rob life of meaning, or grant meaning to it?’ and ‘Is death ever bad for the one who dies?’ are questions most students think are significant, but don’t have the opportunity to explore carefully or rigorously,” said Segal. “Even philosophy students haven’t had that chance because until recently, these weren’t the topics dominating philosophical discussion. This course will give students the chance to be on the cutting edge of philosophical debate, but also to talk about issues they naturally feel are important.”

Segal noted that the course would examine the philosophical implications of Jewish texts as well.  “For example,” Segal said, “while it is abundantly clear in our tradition that personal immortality is of ultimate significance, some classical Jewish texts suggest that the great value of immortality does not lie in an immortal life per se. Rather its value lies in the world being such that the Master of the Universe, rather than death, has the last word.  I look forward to exploring our traditional sources, together with the students, carefully and faithfully.”

Segal, who began teaching at YU last year after completing his doctorate in philosophy at the University of Notre Dame, credits his love of the field to the courses he took himself as an undergraduate at Yeshiva College. “I fell in love with philosophy in college because of my now-colleague, [Associate Professor and Co-Chair of the Philosophy Department] Dr. David Johnson,” said Segal. “I only came to appreciate what philosophers actually do when I took his courses, and once I understood what that was, I couldn’t stop doing it.”

Now on the other side of the desk, he enjoys encountering the same enthusiasm in his own students. “The students here are absolutely fantastic,” Segal said. “They’re very earnest, they’re sharp, they’re curious, and they’re serious without taking themselves too seriously. The faculty and administration here has also been extremely warm and welcoming. It’s wonderful to work in such an encouraging environment.”

“Dr. Segal has been a fabulous addition to our faculty, as a scholar, as a teacher and as a presence on campus,” said Dr. David Shatz, professor of philosophy and co-chair of the department. “He is only one year out of graduate school, yet already has published many scholarly articles and reviews, earned a contract for a co-edited book with a distinguished press, and co-founded The Association for the Philosophy of Judaism, which has made numerous contributions to the field. On top of his achievements in both general and Jewish philosophy, he is an outstanding Talmudic scholar.”

Shatz added, “Students are excited by Dr. Segal’s highly innovative and rigorous courses. Aside from the training he provides them in philosophical analysis and argument, they also deeply appreciate his accessibility, his wit and his dedication.”

“It is personally thrilling to have Aaron Segal as a member of the Yeshiva College faculty,” said Dr. Barry Eichler, dean of Yeshiva College.  “He has been recognized as one of the most outstanding young scholars of his generation in the fields of metaphysics and the philosophy of religion and also possesses broad competency in philosophy of the mind, epistemology, ethics, logic and Jewish philosophy.  As an alumnus of Yeshiva College and an ordained rabbi, he is a wonderful role model and an exciting intellectual resource for our students.”
http://credit-n.ru/zaymyi-next.html