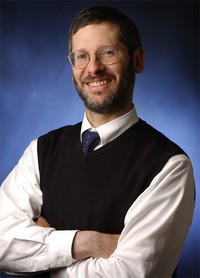 May 18, 2004 — May 18, 2004 — While race and ethnicity have been hot topics in adoption, religion is rarely factored into today’s adoption laws. That wasn’t always the case, according to an article in the Notre Dame Law Review that chronicles religion’s central role in adoption long before the enactment of government regulations in 1851.

In the article, legal experts detail religious views towards adoption in Judaism, Christianity, and Islam in an unprecedented treatment of the topic, according to co-author Daniel Pollack, professor at Wurzweiler School of Social Work at Yeshiva University.

Prof. Pollack is a senior fellow at the Center for Adoption Research at the University of Massachusetts, which commissioned “Classical Religious Perspectives of Adoption Law” for a recent issue of the law review.

He wrote the article in conjunction with Moshe Bleich, a PhD graduate of Wurzweiler and head of Eshkol Academy in Columbia, MD; Charles J. Reid, Jr., associate professor at University of St. Thomas School of Law, Minneapolis, MN; and Mohammad H. Fadel, an attorney at law, New York City, who contributed the Jewish, Christian, and Muslim perspectives respectively.

“Adoption began as a religious and social institution long before it was mandated by law,” said Prof. Pollack. “This article provides hundreds of years of legal and religious history that everyone knows is there but hasn’t been examined in detail.”

Aside from emphasizing the religious underpinnings of adoption, the Notre Dame Law Review article points out that an awareness of religious orientation can have a practical impact in legal cases. According to Prof. Pollack, “The more social workers, lawyers, and the courts are sensitive to the child’s religious experience, the better the placement will be, if religion is important to the prospective adopted child or prospective adoptive family.”