The Two Organizations Work Together for Jewish Book Month 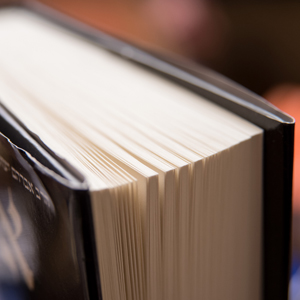 Jewish Book Month is an annual event on the American Jewish calendar dedicated to the celebration of Jewish books. It is observed during the month preceding Hanukkah, thus the exact date changes from year to year.

This year, Jewish Book Month was November 2-December 2, 2018. For this year’s event, Rabbi Dr. Stu Halpern, senior advisor to the Provost of Yeshiva University, initiated a collaboration between the Jewish Book Council (JBC) and Yeshiva University to highlight new books in the broad field of Jewish scholarship.

There were three components to this year’s partnership.

The first is a review by Rabbi Dr. Richard Hidary, associate professor of Judaic studies, of Vered Noam’s Shifting Images of the Hasmoneans: Second Temple Legends and Their Reception in Josephus and Rabinnic Literature. Dr. Hidary noted that “with her typical erudition and insight, Noam reviews six significant narratives about the Hasmonean dynasty as recorded in Josephus and rabbinic literature. This book focuses less on what really happened and more on what Josephus and the rabbis thought of the Hasmoneans. She does this by peeling away each layer of these traditions so that they can be compared and contrasted side by side.”

The second was a Scroll Up podcast with Dr. Malka Z. Simkovich ’04S, Crown-Ryan Chair of Jewish Studies and director of the Catholic-Jewish Studies Program at Catholic Theological Union. She spoke about her latest book, Discovering Second Temple Literature (Jewish Publication Society, 2018), with Dr. Steven Fine, the Dean Pinkhos Churgin Professor of Jewish History and director of the Yeshiva University Center for Israel Studies.

Scroll Up is a Yeshiva University podcast series. In addition to including Dr. Simkovich’s fascinating explication of Second Temple literature, it also includes captivating offerings by actor Stephen Tobolowsky on his book, Adventures with God (interviewed by Jordyn Kaufman), Rabbi Jeffrey Saks on the works of S.Y. Agnon (interviewed by Rabbi Dr. Stuart Halpern) and Ilana Kurshan on her book If All the Seas Were Ink (interviewed by Zissy Turner, a graduate of Yeshiva University’s Graduate Program in Advanced Talmudic Study and an master’s candidate at the Bernard Revel School of Jewish Studies). Soon to be added to Scroll Up are podcasts by Dr. Daniel Rynhold, professor of Jewish philosophy, and Dr. Jeffrey Gurock, Libby M. Klaperman Professor of Jewish History.

In her podcast, Dr. Simkovich defined what she believed constituted Second Temple literature, which includes many of the canonical works in the Tanach [Hebrew Bible] but also goes beyond them to include such works by Philo of Alexandria and Josephus along with the Dead Sea Scrolls, the Pseudepigrapha and the Apocrypha.

She also described how many Orthodox Jews do not connect to the literature, seeing it as not part of their tradition, saying, as Simkovich described it, “What does this have to do with my identity as a rabbinic Jew?” But she went on to show how integral this literature is to Jewish identity, especially through the innovations promoted by the rabbis, who, in her words, “inherited a complex and ever-evolving system of practice.” For Simkovich, re-thinking how this literature fits into the mental timeline that Orthodox Jews have about the development of laws and practices is very important. “The Second Temple Jewish writers,” she explained, “do us a lot of favors because they demonstrate that, on the one hand, you can be very loyal to your ancestral tradition and carefully preserve the Scriptures and keep a common set of practices and, at the same time, there is incredible creativity in these texts.”

In his book, Dr. Rubenstein analyzes both well-known and unknown stories in their original Talmudic context, explores their cultural meanings and literary artistry and illuminates their relevance for modern readers who live and work beyond the world of the scholar. In his words, he wanted to “popularize some of the scholarship that’s been done in the academy for the past 20 to 30 years.”

He selected his stories not so much by theme or author as by how the stories tackled “the perennial problems of human existence…in different ways and from different perspectives.” He was able to do the analyses and explanations he did because he had been “wrestling with these stories for years and teaching them multiple times to students and to ‘regular folk’ in adult education settings and synagogues,” who often asked questions or suggested ideas that had never occurred to Rubenstein despite his deep familiarity with the literature. “The multiple analyses that I try to bring to each story in the book is ultimately the result of the minds and ideas of many, many people.”

The benefit of using ancient texts to discuss contemporary themes is that, ultimately, there is no real gap between the ancient and the modern when it comes to discussing “the problems of human existence, such loneliness, aging, telling the truth, marital relations—that’s some of the power that we find in these ancient stories. They have stood the test of time and they’ve been meaningful to generations.”