The Yeshiva University Athletics Department held its annual awards ceremony, on Sunday afternoon. This unique event was done virtually via Zoom. More than 300 student-athletes as well as coaches team managers and members of the athletics administration took part in the festivities. 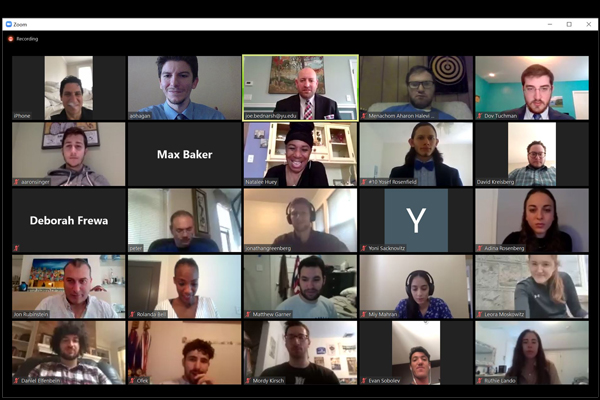 This was an amazing year in Yeshiva Athletics. Seven teams reached their championship event or playoffs. The men’s basketball team won the 2019-20 Skyline Conference Championship and made it all the way to the Sweet 16 of the NCAA Tournament, before the rest of the postseason was canceled. The Maccabees finished the season ranked No. 8 in the D3hoops.com Men’s Top 25 National Poll and led all of NCAA Division III with a 29-1 record.

The golf team scored a 321 in the second round of the Skyline Conference Championships, which is the best team score in program history.

Four fencers, three from the men’s team (Joshua Polster, Zaelig Averch, and Sammy Teichberg) and one from the women’s unit (Batsheva Lasky) qualified for the NCAA Northeast Regional. Yeshiva University Men’s Fencing Head Coach Peter Rosas was named the MACFA Coach of the Year, while Averch won all three of his bouts against the defending NCAA Champion Columbia University. The women’s fencing team earned the Roi Green Memorial Team Spirit Award for the third year in a row and a record-breaking fifth time overall.