As the future leaders of the Jewish people, YU’s graduates of 2022 were launched into their new stage of life in a celebration on May 26 at Arthur Ashe Stadium at the USTA Billie Jean King Tennis Center in Flushing Meadows-Corona Park in Queens, New York, reflecting the values and significance of their YU education.

From the keynote address by Ambassador Deborah Lipstadt, U.S. Special Envoy to Monitor and Combat Antisemitism, to one of the largest Jewish music concerts ever in North America, it was a celebration shaped by YU’s core Torah values and filled with joy, optimism, achdus [unity] and love of Israel.

During the early afternoon commencement ceremony, the 5,000-plus member audience of students, friends, and families cheered in approval as they celebrated the graduating class of 2022.

“My dear students,” Rabbi Dr. Ari Berman, President of YU, declared. “We need you, the Jewish people need you, the world needs you. We need the next generation of leaders whose character is shaped by our core Torah values, who will not only immerse themselves in text but also emerge from the text to be leaders with a deep reservoir of information and knowledge, who not only study our values but live our values with courage and distinction. We need fighting Jews, and we need inspiring Jews.”

Towards the end of the ceremony, before receiving their diplomas from President Berman, graduates danced and embraced as renowned artist Simcha Leiner led the crowd in “Rise Up,” a song that celebrates both the life trajectory of YU’s graduates as well as the continued success of YU’s recently launched Rise Up Campaign for $613 million that has already raised over $250 million towards scholarships, faculty and facilities.

Later that evening, a community-wide Siyum honored the Torah studied by YU students throughout the year. Following the closing kaddish recited by Rabbi Herschel Schachter, the sold-out YU Ishay Ribo Concert captured the hearts and souls of the over 12,000 attendees. The audience was visibly moved by the poignant music, responding to Ribo’s distinct ability to distill the poetry and holiness of Judaism into song. He sang his last song of the night, Seder Ha’Avoda, draped in an Israeli flag, to resounding cheers.

Taken together, the day’s events reflected YU’s unique place in the world as the flagship Jewish university that stands at the heart of our community, providing our next generation of students with the Torah and academic education to live lives of great meaning and purpose as well as significant personal and professional success.

In his closing remarks, President Berman summarized the mission of Yeshiva University, noting:

“We provide our students not just with the means to live, but with meaning to life. Who will be the pillars of the Jewish community in the years ahead? Who will sanctify God’s great name in the public sphere? Who will serve as a bridge connecting Jews to each other and to our heritage? Who will raise the next generation of children on the teachings of their parents and grandparents? Who will bring our Torah values into the world? Who will rise up against the tide of hate? And who will stand with Israel during its time of need?

“It is you, our Yeshiva University graduates. You are the leaders of tomorrow. You are the hope that we have been waiting for. And this is our mission: To study, embody, and forward our values for the Jewish people and our broader society throughout whatever you do, to live as both fighting Jews and inspiring Jews, standing tall in the halls of power and shaping our world with the inspiration of the book.” 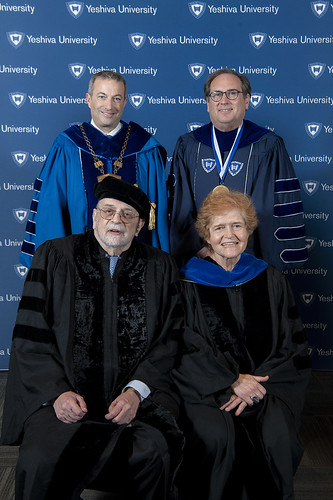 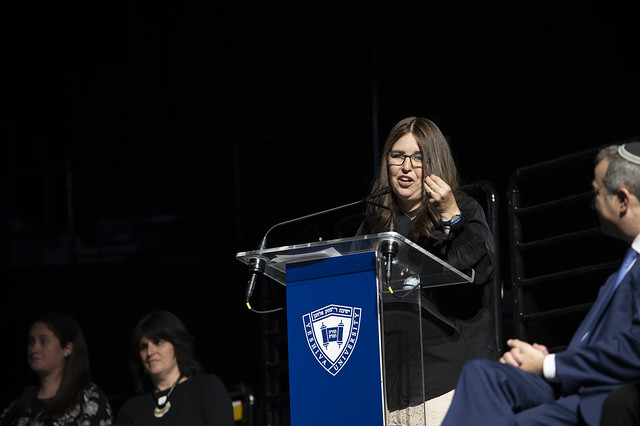